The table below shows how the average MiLB full-season SP of each organization ranked during 2015 vs their league SP peers on a percentile basis (where 97 would be plus plus, 84 plus, 50 average, 16 minus, 3 minus minus). 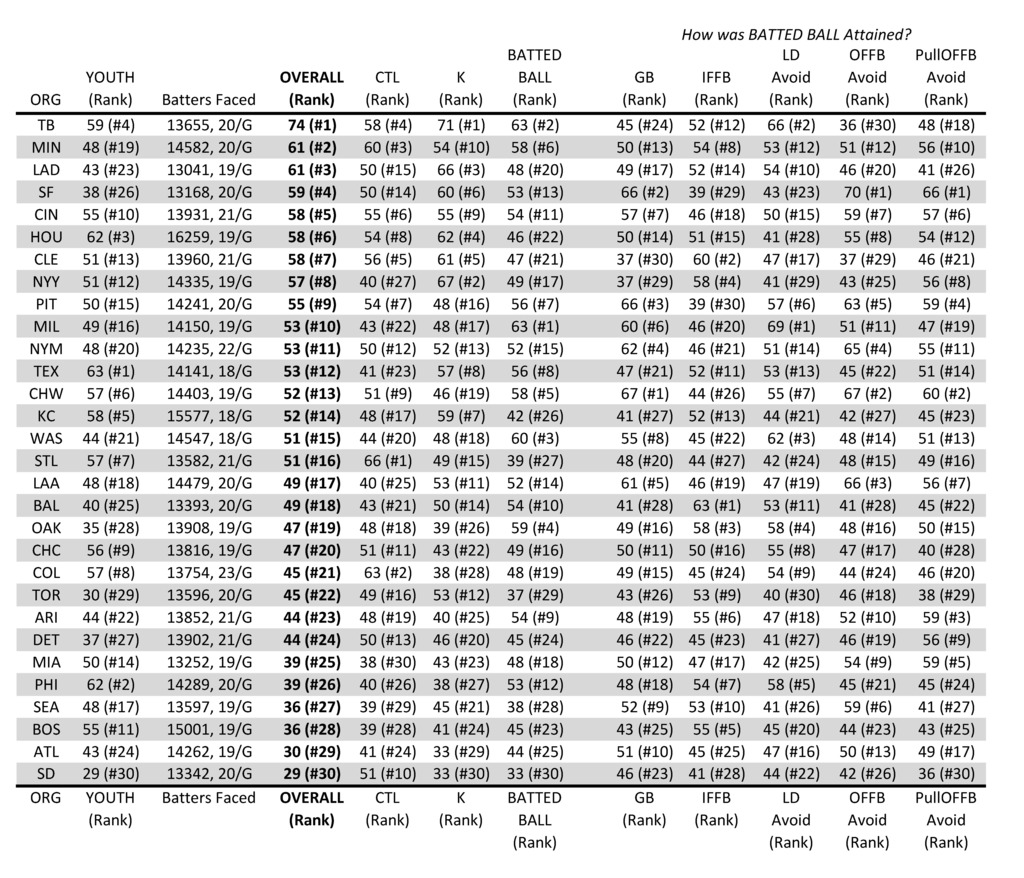 The average Mariners' SP ranked 27th out of the 30 organizations on overall performance while being roughly average on a youth relative to league basis; M's full-season SP were the 2nd worst at control, 3rd worst at batted ball profile, and 9th worst at the K. The final two batted ball profile categories highlight something unique and problematic - the extent to which the OFFB Avoid Rating exceeds the PullOFFB Avoid Rating signals that our SP were exceptionally prone to being pulled when they allowed an OFFB. As that's a telltale sign of low-velocity fastballs, this is a system that sorely needs a rapid infusion of power arms to its full-season SP rotations.

Such help to the full-season rotations may already be on the way as early as opening day 2017 in so much as we signed 6 prep arms from the 2015 draft class and our proprietary FaBIO statistical evaluation system loved the early returns from their small sample pro debuts.

Most of the sextet's 2016 work will be logged in short-season A ball after the draft, with perhaps a stronger performer or two earning a late August full-season A cup o' coffee. Figuring on say 4 to 5 of the 6 opening in low full-season A ball as SP to begin 2017 and really not much in the way of bona fide MLB SP prospects between them and 2016's AA staff where (still-a-starter-for-us) Edwin Diaz and Ryan Yarbrough now toil (fringier SP prospects like Nick Wells, Luiz Gohara, and Andrew Moore lurk within that rather talent-short span), we'd like to draft some power SP prospects from the college ranks in the single-digit rounds who can advance to high A ball rather quickly in the 2017 campaign.

Mariners' full-season 2015 RP showed similar flaws to their SP brethren ranking 27th on overall performance, 22nd at the K, and dead last at 30th on batted ball profile (again very pull-biased on OFFB). Two very good-looking lefty prospects can be found in Paul Fry and oft-injured Ryan Horstman, but the righthanded part of our MiLB relief corps seems short to empty on solid MLB prospects. Power relievers would be just as welcome in the prospective draft class as power starters, though those sorts of relievers can generally be tabbed later in the draft.