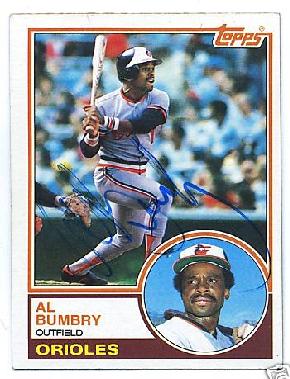 **We are now selling .pdf versions (delivered via email) of the Baseball Prospect Book, going all the way back to 2003 but including the 2009 version. Order at Johnsickels.net!

**Tomorrow I'll do a piece on Randy Wells of the Cubs. Then we'll do a Hit-and-Run on Thursday. Friday I will be part of a panelist discussion at Baseball Think Factory for the trade deadline.

Keep reading for some player updates

**Bud Norris posted a 4.05 ERA with an 84/31 K/BB in 80 innings for Double-A Corpus Christi last year, with 89 hits allowed, his innings limited by a sore elbow. He converted to relief in the Arizona Fall League and was terrific, giving rise to the thought that he would be a full-time reliever. He's always had two good pitches (90-95 MPH fastball, good hard breaking ball), but his command was sometimes wobbly and his changeup was below average. The Astros went against winter rumors, however, leaving Norris in the starting rotation for Triple-A Round Rock this year, with excellent results: 2.63 ERA, 112/53 K/BB in 120 innings over 19 starts, 104 hits allowed. The walk rate is still higher than ideal, but his K/IP and H/IP are strong for context, and keeping your ERA below 4.00 in the PCL ain't easy. Scouting reports indicate he's made some progress with the changeup, while continuing to impress with the fastball and breaking ball. He deserves a lot more attention than he's received thus far.

**Ike Davis has had no problems adjusting to Double-A pitching, hitting .309/.397/.545 so far for Binghamton in 32 games. His strikeout rate has crept past one per game (35 in 123 at-bats), but he's maintained a good walk rate and continues to slam the ball for power, obviously good news considering the worries about his power pre-season. Caution note: he's got a VERY sharp platoon split, .345/.430/.655 against right-handers, but just .222/.317/.278 against lefties. Still, it is great to see him adapting and adjusting to higher levels, and Mets fans should be a lot more confident in him now. He's exceeded the expectations I had in the book certainly, as I thought he could struggle in the Florida State League.

**Rangers lefty Martin Perez is just 18 years old, but is doing well in his full-season debut for Hickory in the Sally League, with a 2.36 ERA and a 96/31 K/BB in 88 innings, 76 hits allowed. His walk rate is a bit higher than ideal, but his K/IP and H/IP marks are strong, and he's living up to pre-season expectations. He's not a big guy at 6-0, 178, but he gets his fastball past 90 MPH with movement, and has a plus curveball. He's also got a fairly strong ground ball tendency, and I love the strikeout/ground ball combination. Given his age and slight frame, we need to see how durable he is, etc., but so far things are going well for him and Rangers fans should be pleased with his development.