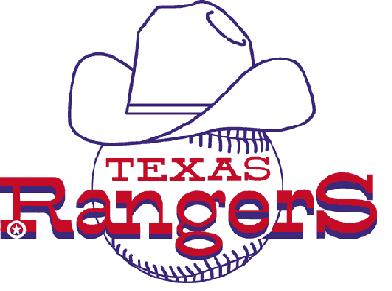 I recently had the opportunity to ask some questions of Josh Boyd, Director of Professional Scouting for the Texas Rangers. Here's the transcript.

SICKELS: Josh, your position with the Rangers is Director of Professional Scouting. Can you tell us something about your duties? I assume you work to scout and analyze players who are already in professional baseball, within and outside of the Rangers system

BOYD: My day to day responsibilities vary greatly, which is what makes my job fun and challenging. There is exposure to almost every facet of baseball operations, but primarily I work with our pro scouting staff & communicate with those guys in the field on a daily basis to stay on top of who they are seeing, who we need to see more of, who they like and always looking for potential fits with our organization. It really comes down to being prepared to provided Jon Daniels (General Manager), Thad (Levine, Assistant GM) and AJ (Preller, Senior Director of Player Personnel) the most accurate, thorough info on players we may potentially acquire. As you said, we are constantly trying to evaluate talent to be in position to make acquisitions that will help us improve at the major league level. Knowing our own is one of the most important factors in the whole deal.

SICKELS: How much does statistical analysis factor into the organization's evaluations?

BOYD:  Statistical evaluation plays a significant role in our decisions, however, we rely heavily on the judgment of our scouting staff first and foremost. We've increased both our scouting staff and our baseball ops staff in the last two years enabling us to continue to dig deeper on all fronts. I believe we have a very versatile staff in that manner.

BOYD:  It depends on how extreme the two sides "feel" about the player, how far apart they are. It depends on the level of players being discussed. If you are giving up an A level prospect or a Major League talent, you probably want the two sides to be in agreement, or very close at least. If you are trading a fringe player or a player DFA'd, it might be easier to take the flier on the prospect whose tools or plus stuff hasn't translated to performance yet. The history and comfort level a scout has with the player has to be taken into account too. And if you are talking about the draft, it depends on what round.

SICKELS: Makeup and personality are obviously very important factors when it comes to player development. Do the Rangers have any special ways to look at these issues? Can they be measured in any sort of objective way, or is makeup something that just can't be quantified?

BOYD: Evaluating makeup is certainly one of the most challenging and subjective aspects of a player to measure, and we go to great lengths to know players inside and out when we are making an acquisition. It's certainly difficult to quantify, and I think even psychologists and "mental coaches" would agree with that, which is why it is so important that we build history with players starting with the time they are amateurs and continuing on in their pro career. I don't know if I can tell you it can be quantified, but I think we definitely have a good feel about what type of makeup characteristics a player will bring to the system. I've been involved with some of the different tests that are given to amateur players in the past, and found them to be all over the map and therefore pretty untrustworthy for making an ultimate decision based on

BOYD: False. Sure, there is some truth to that, but it's all relative to some extent. They are performing on a stage against the best in the world on a daily basis, but any of us who are succeeding in different fields have to be driven, passionate about what we do,  intelligence, aptitude, and strong work ethic, among other things to avoid being average, right? Of course, the competitive nature of an average, everyday American worker isn't what it is in professional baseball, but I think the basic traits are the same.

SICKELS: When it comes to the balance between high school and college players in the draft, do the  Rangers lean in any particular direction? For college players, do you find that the statistics of college players have any predictive value for their performance in pro ball?

BOYD:  Is there a more generic answer than "we prefer the best available player on the board" - Well, it's true, one year we took Justin Smoak and then last year it was Matt Purke and Tanner Scheppers. We look to sign impact players, though, especially that early in the draft and we've been willing to take risks in the draft and in the international market.
I believe there are a lot of indicators in college performance, but just as you do with your minor league analysis, it's important to understand the context. I've always believed poor performance indicators are bigger red flags than standout stats are indicators of future success.

SICKELS: Engel Beltre has marvelous tools but is still struggling to turn them into skills on the field. Do you think it is better to push a player like that aggressively, or should they be moved up more cautiously?

BOYD: Each player is a unique case and in Beltre's situation he dictated a more aggressive path with the immediate impact he made after the trade - he was a star in instructional league and then was impressive at 18 years old in the Midwest League in his first full season with us. He showed us last year he wasn't ready to be pushed again until he progresses with his pitch selection. He can repeat the Cal League at 20 years old, so it doesn't seem like a setback. He has a ton of talent and the potential to make an impact as a center fielder in the big leagues... those types of players will tell you when they are ready to move. At this point, it's important to proceed cautiously with him.

SICKELS: Neftali Feliz and Tanner Scheppers are both excellent athletes. . .is that something you look for specifically in pitchers?

BOYD: Without question. The easier players can do things, the easier they can adjust and repeat at the major league level, and I believe the more likely they are to improve.

SICKELS: There is an old scouting adage about avoiding right-handed pitchers who are shorter than 6-foot or 6-1. But if the pitcher in question is a strong athlete, does that help overcome such height considerations?

BOYD: I would say so. I think you always have to treat every player individually, but I believe if they are athletic with how they go about it on the mound then it gives them an edge over the non-athletic effort guy.

SICKELS: Jurickson Profar: tremendous scouting reports so far, but we need to see him in action. Does he start the season in rookie ball and how aggressively could be move up?

BOYD: You're right, you do need to see him in action. He's a fun young player to watch with a lot of ability, instincts and makeup. He'll start off in extended spring and Scott Servais and the player development staff will monitor him there to determine where he'll make his regular season pro debut

SICKELS: Can you give us a brief sketch about Luis Sardinas, the other big-name signee from Latin America last year?

BOYD: Long, lean & athletic, and very young still with good physical projection.  He has very good bat control from both sides of the plate, doesn't swing & miss often. It's a contact approach now, that projects to develop into a line-drive gap type. Like Profar, he's got a pretty advanced approach for his age. Defensively, he's got plus potential with soft hands & a strong arm, and he can run. Promising young player with some upside as a pure shortstop.

SICKELS: Josh, this is great stuff, thanks for your time!