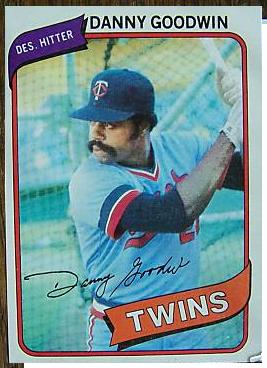 **Various baseball writers and experts are putting out their Mock Drafts now, and most of them are radically different once you get past Strasburg with the first pick. There is a good reason for this: the draft is still in flux, and even the teams don't have much of a clue about what is going to happen yet. It is all guesswork, conjecture, and rumor at this point, and I think it likely to stay that way up until draft day. I'll post a mock first round for Rotowire this week, and of course next weekend we have our own Minor League Ball Mock Draft.

**Persistent rumors have the Padres, picking third overall, interested in Vanderbilt lefty Mike Minor. I can understand a cash-strapped franchise not wanting to spend a huge amount of money to sign a relatively risky high schooler like Donovan Tate, but Minor seems like an excessive overdraft to me at third overall.

**Rick Porcello Watch: The young right-hander is currently 6-3, 3.48 with a 32/16 K/BB ratio in 51.2 innings for the Tigers, allowing 46 hits. I gave the Tigers some flak for sticking him in the rotation this spring without Double-A or Triple-A experience, but so far it has obviously worked out very well. We'll see what happens in the second half, and how aggressive the Tigers are about limiting his workload when he gets past 100 innings, but he's clearly adjusted very well to the majors. I want to see how things look in August and September before saying "I was definitely wrong," but right now it looks like I might have to eat some crow.

**Phillies outfield prospect Michael Taylor continues to terrorize the Eastern League, hitting .432 with three homers in his last ten games for Reading, giving him a season line of .342/.388/.618 with nine homers and eight steals. It is apparent that the progress he made last year was not just an A-ball fluke. His walk rate isn't great with just 11 in 152 at-bats, but he's struck out just 19 times, which I like a lot. If I were the Phillies, I'd leave him in Double-A until July 1st, then move him up to Triple-A and see how he handles breaking stuff at that level. His tools have always been excellent, but he never really developed his baseball skills at Stanford, falling to the fifth round in 2007. Something clicked last year, and it's still clicking now.

**The relatively late development of a tools guy like Taylor might give hope about a guy like Denny Almonte. Drafted in the second round in 2007 by the Mariners out of high school in Miami, Almonte is an exceptional athlete with strong power/speed potential. He was also incredibly raw when drafted, and has shown just flashes of the skills to make his tools meaningful. He hit .249/.303/.420 with 10 homers, 14 steals, 29 walks, and 149 strikeouts in 374 at-bats last year in the Midwest League. Returning there for 2009, he's hitting .258/.313/.522 with nine homers, considerable power for the level. He has 14 walks against 64 strikeouts in 178 at-bats; the strikeout rate is still terrible, but the walks are better. He's still just 20 and has plenty of time on the clock. Historically-speaking, it is more likely that Almonte will fail than he'll turn out like Taylor, but he won't be abandoned quickly, and he has made a little progress. The Mariners have a history of aggressive prospect promotion. . .will they do the same with Almonte?

**Rangers lefty Martin Perez is having a good full-season debut for Hickory in the Sally League, with a 2.43 ERA and a 50:14 K/BB in 40.2 innings so far, allowing 31 hits with a 1.83 GO/AO ratio. He's been used as both a starter and reliever (five starts, four relief outings) and hasn't been allowed to exceed 5.1 innings in any outing, a workload designed to prevent excess stress on his developing arm. He isn't a big guy at all, just 6-0, 178, but still gets his fastball into the low 90s with plenty of movement. He also has a plus curveball. His changeup needs work but is reportedly coming along well given his age; he's only 18. So far there is little to complain about sabermetrically, and the Rangers seem to be handling him wisely.