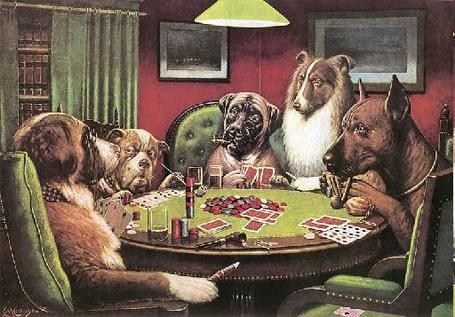 Here is my quick take on the deadline trades. I've written up more specific player summaries for Rotowire subscribers.

Cliff Lee Trade: The Indians picked up Carlos Carrasco, Jason Knapp, Jason Donald, and Lou Marson for Lee and Generalissimo Ben Francisco. I like this a lot from Philadelphia's perspective, as they avoid trading their three elite prospects Drabek, Taylor, and Brown. Carrasco has a good arm but his track record is so erratic I'm not sure what to think of him. Knapp has a terrific ceiling but has to prove he can stay healthy. I like him a lot, but he's far from a sure thing at this point. Donald and Marson are useful spare parts. The trade adds depth to the Indians system, but nobody here is a Grade A/A-/B+ prospect yet. I'd rate Knapp as a B right now pending more experience.

Freddy Sanchez Trade: Sanchez is a solid player but he's not going to be part of the next good Pirates team, and Alderson might be even if he develops into "just" an inning-eating strike thrower.. I think this one helps both teams...the Giants can use Sanchez for the stretch run, and they are trading from strength given their pitching depth. Good deal here for both clubs.

Balentien to the Reds for Robert Manuel: Balentien hit poorly in Seattle but given his minor league track record I think he should get more chances; certainly Cincinnati will be an easier place to show his power. Manuel is interesting. Scouts don't like him at all, given mediocre stuff, but his statistical track record is very strong and he racks up strikeouts despite a lack of velocity. He could be very useful in the pen. Overall I like this for both teams.

George Sherrill to the Orioles for Josh Bell and Steve Johnson. I've never been a big Sherrill guy, so I think the Orioles did very well here to pick up a couple of prospects for him. Bell is a solid Grade B guy...his home run power is still developing and I'm not sure what position he plays long run, but I like his strike zone judgment and he's young. Johnson doesn't have blazing stuff, but could be a good inning-eater type, perhaps similar to Brad Bergesen down the road. I'd rate him as a Grade B- prospect right now.

Gorzelanny and Grabow from Cubs to Pirates for Hart, Ascanio, and Harrison. The Pirates swap out two more guys not in their long term plans in exchange for two potential middle relievers and a speedy infielder who doesn't have much power. This looks like a wash to me. Gorzelanny is a home town guy for the Cubs and maybe the change of scenery will help revive his career.

Jarrod Washburn from the Mariners to the Tigers for Lucas French and Mauricio Robles. Washburn's ERA is a fluke, but I can understand why the playoff hunting Tigers would prefer him to French at this point...French is even more of a fluke this year than Washburn is, and Washburn has more experience. Robles has an intriguing strikeout rate, but given his small size probably fits more as a reliever in the long run. I'd call this a short term win for the Tigers, but in the long run the Mariners are probably better off, since they got something for a guy who is (in my opinion) having his last hurrah as a good pitcher.

Orlando Cabrera from the Athletics to the Twins for Tyler Ladendorf. This one also makes sense for both teams. The Twins need a middle infielder, and while Cabrera is getting old and hasn't been effective this year, he's better than what they have available right now. Ladendorf is very toolsy but is a long way from being ready to help. Question: should I make this same trade for the Shadow Twins, given that I did draft Ladendorf last year as the real Twins did?

Dodgers trade Claudio Vargas to Brewers for Vinny Rottino: Not exactly a real blockbuster trade, but I think Vargas has more value.

Reds trade Jerry Hairston Jr. to Yankees for Chase Weems: I don't think Weems is going to amount to much. He's young but it doesn't look like he can hit at all. Basically a veteran dump for the Reds.

Braves trade Kotchman to Red Sox for LaRoche: I don't really get why the Braves did this, although sometimes people just make changes for the sake of making changes. LaRoche has more power, but Kotchman has a better glove, is younger, and costs less. Perhaps the Braves are convinced that Freddy Freeman will be ready to play in 2010 and will let LaRoche go as a free agent.

Scott Rolen from Blue Jays to Reds for Edwin Encarnacion, Josh Roenicke, and Zach Stewart.. This looks like a great trade to me, for the Blue Jays. I really don't understand why the Reds did this....Rolen is old, Encarnacion is young, and they gave up two very good pitching prospects as well. It is true that EE's defense at third base is poor, while Rolen's is still good, but the age differential between the two players and giving up the live arms makes no sense to me given that the Reds aren't in the race.

Victor Martinez from the Indians to the Red Sox for Justin Masterson, Bryan Price, and Nick Hagadone. I do understand this one. The Indians have a great young catcher coming up in Carlos Santana, so trading Martinez makes sense.. Masterson looks like a number three sinkerball starter to me, Price has a live arm and could be good in the pen eventually. Hagadone is a breakthrough candidate once he is further down the road for Tommy John. From Boston's perspective, they add another strong veteran bat, but didn't trade any of their truly elite prospects. Win for both teams.

Jake Peavy from the Padres to the White Sox for Clayton Richard, Aaron Poreda, Adam Russell, and Dexter Carter. One proven excellent (when healthy) starter in exchange for four arms. I like it from San Diego's perspective, given their current situation. Richard can slot into the rotation immediately, and Poreda has a chance to be a closer if his command holds. Russell is an OK middle relief type, while Carter has a live arm and excellent numbers in low-A ball. If Peavy's ankle recovers fast enough he will help the White Sox down the stretch, but I think they gave up quite a bit to get him.

Aaron Thompson from the Marlins to the Nationals for Nick Johnson. Johnson still gets on base at a great clip. Thompson, once a top prospect, has been mediocre since reaching Double-A and looks like a number four starter type now, not anything like an ace. I don't think the Marlins will miss him in particular, so this works for Florida.