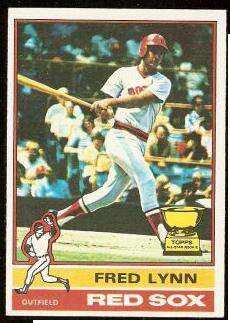 **I think I'm going to do an expanded study of college pitchers in past drafts for you. The exact parameters are undetermined as of yet. Time is short, as the real draft is approaching and I have my regular duties to attend to, but college pitching seems to be the strength of the current class and having some historical perspective seems like a good plan. One idea is to look at all college pitchers drafted in the first round in certain drafts. Another is to look at college pitchers who have actually been successful, no matter what round they were drafted in.  But I have to balance the research needed vs. my other baseball duties (for example, the updated Rotowire 100 I've been working on this week) and the need to pay a modicum of attention to my family.

**David Price had a good start on May 17th for Durham, throwing  five shutout innings with no hits allowed, two walks, and nine strikeouts. He got a no-decision, moving his record to 1-4, 3.93 with a 35/18 K/BB in 34 innings, 28 hits allowed. Obviously this wasn't exactly what the Rays, and Price's fantasy owners, were looking for, although it's not awful:  his K/IP remains strong, and he has a 14/2 K/BB in his last two starts, so perhaps he is coming around.  Right now I'm not worried about him. He was told to concentrate on his curveball and changeup in the early part of the season, and has been on a strict pitch count up until now. He also admitted this week that he was disappointed in being sent to the minors to start the season, but is pulling out of his mental funk. As long as he is physically healthy, I still believe in Price.

**If Price isn't the top lefty in the minors, it is Madison Bumgarner, who is doing very well indeed in his first two Double-A outings: 2-0, 0.75 with an 11/3 K/BB in 12 innings, 8 hits allowed. Yes, yes, we need a larger sample, but right now the adjustment is going very well.  Price vs. Bumgarner is one of the decisions I am puzzling over while working on the Rotowire list.

**Shortstop prospect Dee Gordon with the Great Lakes Loons is hitting .319/.370/.440 with 23 steals in 26 attempts. He has just one homer, but has knocked six triples. Plate discipline (11/30 BB/K in 166 at-bats) and defensive reliability (10 errors) are issues he needs to address, but his athletics is excellent and his long-term potential very high. The thing I find interesting about him is his background. When the Dodgers drafted hi m in the fourth round last year, there was a lot of "huh?" among the media and in some war rooms, since Gordon had received almost no pre-draft chatter.  He hadn't played due for academic reasons in junior college last spring, but I found it interesting that a player with his kind of athleticism and with his bloodlines (Tom Gordon's son) wasn't on that many radars. Someone will always slip through the cracks.

**Sleeper Prospect: Wynn Pelzer, RHP, San Diego. He is 6-1, 3.55 with a 51/14 K/BB in 46 innings for Lake Elsinore, and has been overpowering in his last two outings, striking out 20 in 14.1 innings, with just three walks and seven hits allowed.  A ninth round pick from the University of South Carolina in 2007, Pelzer was a mediocre reliever with control problems in college, though he struck out a hitter per inning his junior  year and got some notice due to a 90+ fastball and a big-breaking, if erratic, curve.  The Padres made him a starter, and he had a decent year in the Midwest League last season with a 3.19 ERA and a 100/32 K/BB in 118 innings. His career mark in the minors is now 15-7, 3.44 with a 151/47 K/BB in 165 innings, 152 hits. We need to see what he can do in Double-A, but he has good stuff and it appears his control is coming around.

**Should we be worried about the slow start of Lars Anderson in Double-A?

**Off-Topic: For today's musical interlude, we have some classic Neil Young.