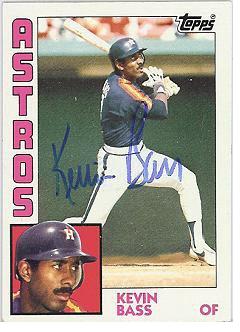 **First, let's hear it for Andy Seiler, who has been doing exceptional work over in the Fanpost section regarding the upcoming draft. He has his own blog now, and I strongly recommend you visit. I don't agree with him on every player, but Andy is extremely well-informed, and I heartily and without reservation endorse his work.

**With some other projects out of the way, including the revised Rotowire Top 100 list, I'm focusing almost entirely on the draft now. I'll be posting my personal draft board soon.

**We mentioned this on the radio show today, but the Indians have an up-and-coming pitching prospect (which they could definitely use) in right-hander Jeanmar Gomez. A Venezuelan signed in 2005, Gomez threw a perfect game on May 21st for Double-A Akron. On the season, he is 6-2, 1.38 with a 41/6 K/BB in 53 innings with just 26 hits allowed between Akron and Class A Kinston. He pitched at Kinston last year, going 5-9, 4.55 with a 110/46 K/BB in 138 innings, allowing 154 hits. I didn't put him in the book, and his performance before this season has been undistinguished. Scouting reports point to average stuff: 88-92 MPH fastball, average curve, average changeup, decent control but not terrific. Those are pre-season reports, and I don't have anything current on him. Has velocity improved? Does he have another pitch? Or has he just taken a step forward with his command? I'll find out for you, or if anyone has seen him pitch please post in the comments. Here is some video of him pitching.

**A pitcher on my pre-season tracking list was Jay Jackson in the Cubs organization, a shadow draftee for my fake Twins last year and a rapid riser from the 2008 draft. The Cubs began him aggressively this year in Double-A. He struggled in his first three starts, but has been much more effective lately, posting a 1.13 ERA in his last five starts with a 35/11 K/BB in 32 innings, 24 hits allowed. He's still putting his command together, but he's maintained the strong strikeout rate he showed in his pro debut. Part of the reason I noticed him in college at Furman was that he played center field and was a very good hitter when he wasn't pitching, which demonstrates a good measure of athleticism, something I'm look at more aggressively in pitchers these days.

**A second round pick by the Cardinals out of Long Beach State last June, Shane Peterson is hitting .308/.383/.453 with five steals, four homers, 13 walks, and 33 strikeouts in 42 games, 159 at-bats for High-A Palm Beach in the Florida State League. Scouts have always respected him as a pure hitter, and he showed sharp strike zone judgment in college, hitting .390/.506/.582 with 44 walks and 47 strikeouts last year in 213 at-bats for LBS. Lack of big home run power kept him out of the first round, as he offers less pure power than you ideally want from a corner outfielder or first baseman. His production has been respectable this year, though his strike zone judgment has taken a downswing against more advanced pitching. I gave him a Grade C+ in the book and will stick with that for now.