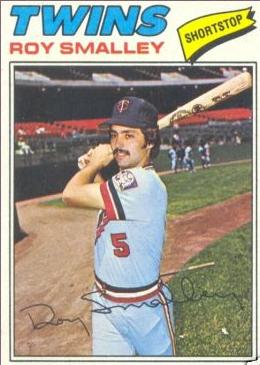 I'm eyebrow-deep in research for the draft, so I should have some new material for you soon.

**Pirates shortstop prospect Brian Friday went on the disabled list April 17th with an ear infection, and didn't come off until May 9th. He's played just 14 games for Double-A Altoona, but they've been remarkable: he's hitting .431/.517/.725, with three doubles, three triples, two homers, eight walks, and 11 strikeouts in 51 at-bats. The word on Friday since his days at Rice was that he's a skilled defender but might not hit enough to start in the majors, though he usually controls the strike zone well. I'm not going to get hyped up over 14 games, but the fast start is nice to see. I liked him in college and Shadow-drafted him in 2007, in the second round, a round early than in real life.

**Another Shadow draftee I like a lot is Braves prospect J.J. Hoover, drafted in the 10th round last year out of Calhoun Community College. He's got very good stuff, and his control has been excellent at Class A Rome this year: 34/3 K/BB in 32 innings, with a 2.27 ERA and 28 hits given up. He made one emergency start at Myrtle Beach in April and got hit around, walking five in three innings, but will clearly get more chances at that level. If he avoids injury, I think that by the end of this season he'll be considered one of Atlanta's best prospects by mainstream sources.

**Trevor Reckling Watch: now 3-0, 1.05 in four starts for Double-A Arkansas, 20/10 K/BB with 16 hits in 26 innings. On the year, he is 4-2, 1.01 with a 36/13 K/BB in 45 innings with just 25 hits allowed between Arkansas and Rancho Cucamonga. He's had some hit-luck this year no doubt, but he's certainly handled the promotion to Double-A very well, given his lack of experience at High-A. He doesn't turn 20 until Friday, and I continue to think he is a prospect people need to pay attention to.

**The Phillies like their tools players, and one of their top ones is Zach Collier, drafted in the supplemental first round last year out of high school in California. He is off to a mediocre start at Lakewood in the Sally League, hitting .254/.305/.377 so far, with nine walks and 31 strikeouts in 122 at-bats. So far his strike zone judgment has been unimpressive, and he hasn't tapped into his power yet. On the positive side, he's stolen 10 bases in 11 attempts, is hitting .309/.345/.473 since May 1st, and is hitting .301/.363/.425 against right-handed pitching. Against lefties he's hitting .184/.216/.306, with two walks and 16 strikeouts in 49 at-bats. Just 18, Collier has loads of time on the development clock. How fast will they push him? Are the stronger May numbers real progress, or just small sample size?

**Off-Topic; some classic Jefferson Airplane. None of this "Jefferson Starship" crap. . .Jefferson AIRPLANE.