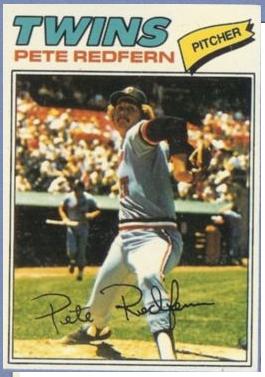 **Mets catching prospect Josh Thole was drafted in the 13th round in 2005, out of high school in Illinois. He hit .300/.382/.427 last year for St. Lucie in the Florida State League; I gave him a Grade C in the 2009 book, noting that I liked his contact hitting ability, low strikeout rate, and decent plate discipline, but was concerned about a relative lack of power, and mixed reports regarding his defense. He's off to a strong start this year for Double-A Binghamton, hitting .344/.415/.467. He has just one homer, but has knocked 12 doubles, and I like his 15/16 BB/K ratio in 122 at-bats. A left-handed hitter, he's hitting .450 in 40 at-bats so far against lefties, so right now at least it doesn't look like he'll have to be platooned. He still needs defensive polish according to the reports I have, and I remain concerned about the relative lack of power, but he's just 22 years old, makes contact, controls the zone, and plays a premium position. He's worth keeping an eye on definitely, and I would raise his grade to at least a C+ now.

**Another guy with power questions is Padres outfield prospect Cedric Hunter. He hit .318/.362/.442 last year for Lake Elsinore in the California League, and scouts have loved his contact hitting ability since his high school days. His Double-A transition hasn't been great so far: he's hitting just .242/.288/.302 in 35 games for San Antonio, failing to hit a home run so far. He is making contact at least, with just 12 strikeouts in 149 at-bats, but just 10 walks doesn't do much for his OBP, and he hasn't shown much pop yet. Just 21, Hunter still has time to develop, and perhaps he'll heat up as the weather in the Texas League warms up. A 2006 draftee, this would be his junior season if he'd gone to college, so it's important to keep his age in perspective.

**Another interesting Texas League hitter, but for very different reasons, is Northwest Arkansas outfielder Jordan Parraz. He showed an intriguing balance of skills in the low minors, but the Astros never seemed to believe in him, and the Royals picked him up this winter in exchange for Tyler Lumsden. Parraz is a puzzle: he is a good athlete with good physical tools, and his A-ball track record was pretty solid; I was never sure why he didn't get more attention. He's off to a good start in the Texas League, hitting .339/.444/.505 so far, with 14 walks and 14 strikeouts in 109 at-bats. One knock on him is that his swing doesn't translate his strength to power well, and it's true that he's hit just two homers. He's already 24, and it will be interesting to see how fast the Royals are willing to promote him if he keeps hitting like this.

**Oakland outfield prospect Corey Brown is adapting well to the Texas League, hitting .317/.417/.561 through 22 games, with 13 walks and 24 strikeouts in 82 at-bats. The former Oklahoma State star is quite toolsy, with outstanding raw power, good speed, and a strong arm. He's got huge holes in his swing, and fanned 72 times in just 196 at-bats after being promoted to High-A last summer, 37% of his at-bats. He's cut that to 29% this year, still very high but not as bad, granted the sample is smaller, but it is good to see some progress at a higher level of competition. Brown seems like the type who would definitely benefit from a one-step-at-a-time promotion approach. If I was Billy Beane, I'd leave him in Double-A as long as possible, then get him as many Triple-A at-bats as possible before considering a major league promotion. He has problems against breaking balls (at least when I've seen him), and facing the different styles of pitching you see in Double-A and Triple-A will be beneficial for his development.

**Off-Topic. I've had this song stuck in my head for two weeks. At least it is a good song.