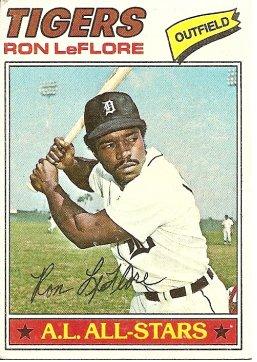 **Down here in soggy Oklahoma. Tuesday got rained out, but got a game in yesterday and tonight should be good too. I have to leave Friday morning, and it looks like I'll miss Neftali Feliz, but overall this has still been a useful trip. I got to try out my video camera for the first time, and will post more when I get home. Tonight's starters are prospect Tommy Hunter for Oklahoma, and retread veteran Eric Milton for Albuquerque.

**Max Ramirez is hitting just .232/.270/.319 through 18 games for Oklahoma, with a 4/27 BB/K ratio in 69 at-bats. From watching him last night, and comparing him mentally to when I've seen him previously, he appears to be playing rather "tight" and is pressing. Certainly his plate discipline hasn't been as good this year. I will concentrate on getting a good read on him tonight.

**Bobby Scales made his major league debut for the Cubs yesterday. He was hitting .303/.372/.513 in 21 games for Triple-A Iowa; he'd hit .320/.415/.499 there last year, but at age 31 no one considered him a prospect entering this year. The University of Michigan product is a switch-hitter, listed 6-0, 185 but looks smaller. I would rate his physical tools as average to perhaps slightly below average; his arm and range fit best at second base. But he's quite polished, hustles his ass off (at least in the games I've seen him play), controls the strike zone fairly well, and can surprise you with his pop. I'm rooting for him.

**I know the Tigers love him, but is there any real reason to think that Cale Iorg is going to hit enough to play regularly in the majors? He's hitting .179/.207/.256 in 22 games for Double-A Erie. . .which is bad enough, but then check out his 1/28 BB/K ratio in 78 at-bats. One walk, 28 strikeouts. At least Greg Halman can hit some homers. Iorg's defense and bloodlines will get him to the majors eventually, and I know "small sample size", etc., but he has a LOT of work to do before his bat is remotely acceptable for even bench work in my opinion.

**Another infielder with strike zone problems is Atlanta's Brandon Hicks, hitting.222/.297/.333 with nine walks and 30 strikeouts in 81 at-bats for Double-A Mississippi. Hicks has an obscene strikeout rate, but will occasionally draw a walk, and offers more power/speed potential than Iorg. I think his batting average is going to be too low for him to be an acceptable regular in the majors, but his other skills could be useful on the bench eventually, and he has a broader skill base to work with than Iorg does.

**Off-Topic: Today we have the full version of Floyd's Pigs on the Wing, including Snowy White's guitar solo which appeared only on the 8-track version. I didn't know this even existed until poking around Youtube a few weeks ago. I don't particularly care for Animals and seldom listen to it, but I love this song.