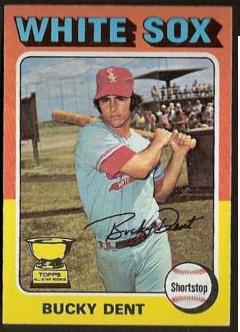 **Well I'm back from Oklahoma. Here are some impressions of what I saw. Some video will be posted tomorrow. Neither Oklahoma nor Albuquerque were exactly chock-full-o'prospects, but that's typical for Triple-A these days.

**Eric Milton threw five no-hit innings Thursday before giving up two hits in the sixth. He is now 3-2, 3.00 in six starts for Albuquerque, with a 25/6 K/BB ratio in 33 innings with 28 hits allowed. Will he be a successful retread? I'm not sure. On the one hand, he looks a lot like the Eric Milton of old in many ways. His mechanics are the same, he still has a sharp breaking ball, and he mixed his pitches very well. On the other hand, he's lost a lot of velocity; his fastball maxed out at 91 MPH and he was usually at 87-89. He threw it right down the middle and high in the zone several times and got away with it; but better hitters would likely take advantage of him. Still, if he continues to put up numbers like this, he'll get another shot in the majors. I expect he'll be as vulnerable to the home run as ever however.

**Oklahoma starter Tommy Hunter had a bit better velocity (88-92) than Milton but was less effective, giving up nine hits and three earned runs in five innings. His breaking ball has its moments, but I felt his changeup was erratic, and while he walked just one guy, his command within the strike zone still needs some work. I'll have some video of him up tomorrow. I still see him as a potential number four/five inning-eater type, but there's also some Mike Wood risk here.

**I only got to see Xavier Paul play one game, as he was called up to the majors to replace the disgraced Manny Ramirez on the Dodgers roster. He went 0-for-4, but was clearly one of the best prospects present, in terms of both bat speed and athleticism. He was hitting .344/.385/.542 with eight steals before his promotion. I don't think he will show enough home run power to be a regular corner guy, but I could see him having a very long career as a fourth outfielder and platoon player.

**Max Ramirez went 0-for-3 Thursday but looked better doing it, working the count more effectively and not looking as "tight." He went 2-for-4 with two doubles yesterday, and I remain confident that he'll hit.

**Julio Borbon of Oklahoma has impressive speed and athleticism, but his plate discipline remains erratic, and he hasn't exactly lit things up with a .261/.331/.296 mark, his lack of power being very notable thus far. Teammate Brandon Boggs is a guy I've liked for a long time as a sleeper due to his strike zone judgment. He's hitting .271/.421/.341. . .love the OBP but he needs to improve his power production. If you could combine Bordon's athleticism and projection with Boggs' approach, you'd have a hell of a player. Boggs is normally a switch-hitter, but he chose to bat right-handed against Charlie Haeger on Wednesday, which I thought was an interesting decision.

**Chin-lung Hu is hitting .303/.326/.360 so far, making good contact but drawing just two walks so far in 89 games. He showed off great range and a strong arm as usual, but I didn't see much pop in his bat and his patience has been disappointing. Was his '07 season an illusion? I was optimistic at the time, and last year he spent a lot of time rusting on the major league bench. . .I wouldn't give up on him just yet.