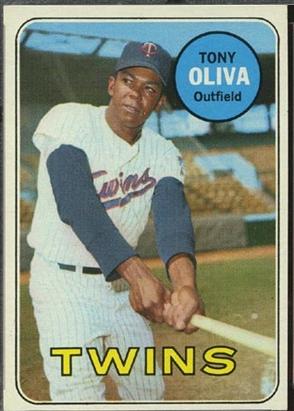 **Indians catching prospect Carlos Santana is up to .250/.404/.574 for Double-A Akron, with six homers, 18 walks, and 13 strikeouts in 68 at-bats. His batting average was low to begin the season, but has been creeping up lately, and he's continued to produce power and terrific strike zone judgment while transitioning to Double-A.. I'm not sure he gets as much attention as he deserves: he's an excellent prospect, and will battle Buster Posey for "best catching prospect" plaudits once Matt Wieters graduates to the majors.

**A very deep sleeper prospect is Cincinnati outfield prospect Byron Wiley. Drafted in the 22nd round out of Kansas State last year, Wiley is quite toolsy but had a horrible college season. He rebounded to hit .323/.427/.635 in the Pioneer League after signing, and is off to a .294/.377/.373 starts for Class A Dayton this year. He needs to improve his contact rate and plate discipline, but he has power and speed potential, and a greater upside than your average college 22nd round pick. He's worth keeping an eye on.

**It looks like strike zone judgment IS going to be a problem for Dayan Viciedo. The White Sox Cuban investment is hitting .224/.233/.318 with two walks and 24 strikeouts in 85 at-bats for Double-A Birmingham, obviously unacceptable. It's still early in the season, but he clearly has some adjustments to make, and one has to wonder if asking him to get used to North America while playing Double-A at age 20 is in his best interests. Right now he would be a very long shot to help at the major league level in '09.

**Freddie Freeman has been disappointing in the batting average and OBP departments for Class A Myrtle Beach, hitting .238/.319/.450 so far. He's hit five doubles and four homers, so the power has been there, but his other numbers are weaker and he's hit just .158 in his last ten games. Most of his problems have been against left-handed pitching (.161/.278/.290); he's killing right-handers at .286/.345/.551. Again, it is still early enough in the season that anything can happen here, and I'm not really worried about him at this point.

**Dominic Brown's breakout is in progress. The Phillies outfield prospect is hitting .318/.400/.576 with four homers and seven steals for Class A Clearwater, showing strong plate discipline, speed, and improved power production. He had made major progress last year, needing only better power to complete the package, and right now it looks like that is happening. You really need to pay close attention to this guy; I think he's the real deal, a tools guy who is developing his skills rapidly.

**Also in the tools department, Seattle outfielder Greg Hallman is hitting .211/.258/.544 for Double-A West Tennessee. He's seen enough fastballs to hit nine homers already, but his 5/39 BB/K ratio in 90 at-bats is horrendous, and unless he learns to do something other than swing at everything, he'll be hard-pressed to produce in the majors. He simply can't handle breaking stuff right now.

**Until I get a dedicated graphic for the Hit-And-Run posts, I will just post baseball cards of some of my favorite players of all time. First up, Tony Oliva.