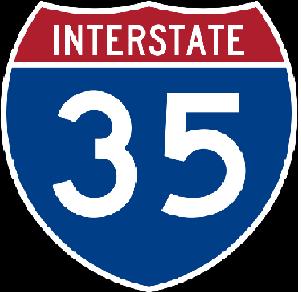 **I am back from Austin and have a lot of work to do. The first two things on the agenda here are writing up a scouting report for the UT/Iowa games, then finalizing the rules for the CBSSports.com Minor League Ball Fantasy League. I should have the UT/Iowa reports up later this afternoon. We will return to regular coverage tomorrow with Prospect Retros on Oliver Perez and Albert Pujols. I also have plenty of catching up to do with Rotowire and some other projects, so the next days will be busy. I always have to pay for a trip with a big catchup push.
Here are some non-baseball notes on the journey.

**Travelogue: I drove down to Oklahoma City Friday and spent some time with a friend. I got up at 4 am Saturday and arrived in Austin about 11. I had no problems finding the stadium or my hotel. I didn't have a lot of free time, but I explored the downtown area a bit Sunday before and after the game. The LBJ Library and Museum was neat. There were lots of interesting-looking bars and restaurants certainly, but the traffic was abysmal. The general feeling I got was of a city that outgrew its infrastructure 20 years ago.

On the positive side, the people of Austin were invariably friendly and I liked the strong multicultural feel to the area. I stayed at the Super 8 South near the airport, which was frankly the best Super 8 I have ever stayed at, very luxurious for a roadside motel and for a reasonable price.

Everyone talks about Austin's food. Three of my meals were taken at the ballpark, which wasn't bad for ballpark food. For local cuisine I was limited by my schedule, but I did have a good seafood meal at a place called "Catfish Parlor" and some outstanding tacos at "El Chilito." I wish I could have stayed for another day or two to take in more local sites and sounds, but alas I had to get back home..

Granted, I have not seen much of the state so it isn't fair to judge with a small sample size, but what I've seen I'm not impressed with Texas from a driver's perspective. The I-40 Corridor in the panhandle area is very depressing, decayed, and desolate outside of Amarillo, but at least the road is good. On the other hand, driving the I-35 Corridor between DFW and Austin is a nightmare...very heavy traffic with an extreme number of reckless and aggressive drivers. When the road widens it's fine, but much of I-35 (especially in the Temple and Waco areas) is still built to 1960s standards and doesn't look like it has been upgraded.

I normally love cross-country driving, but by the time I got back to OKC on Monday on the return trip I was frazzled. I've never been down to Houston, the coast, or East Texas, so I don't want to judge the whole place. But the interstate infrastructure in Kansas and Iowa is more modern than the parts of Texas I have seen. The Texas roads I drove were almost as bad as those in rural Missouri.

Overall the trip went fine. Austin was cool, the people were very nice, and the food was good, but I wasn't impressed with the roads and I bet it's hot as hell in the summer.