Share All sharing options for: Cleveland Indians Top 20 Prospects for 2009 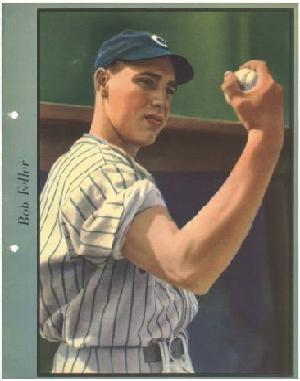 1) Carlos Santana, C, Grade B+: His future could look a lot like Victor Martinez’s past.

2) Matt LaPorta, 1B-OF, Grade B+: Plate discipline slippage after trade is a bit worrisome, but small sample and past track record keeps me confident at this point.

3) Adam Miller, RHP, Grade B: Grade A arm, Grade C health record. I think he will be better off in relief.

4) Beau Mills, 1B, Grade B: Another power bat with impressive home run upside. Not sure how they will fit all these guys into the lineup.

5) Hector Rondon, RHP, Grade B: Good arm, good stats, not sure why he isn’t ranked more highly by other sources.

9) Carlos Rivero, SS, Grade B-: I buy into the second half improvement. Want to see more home run power, and faces move to third base.

10) Scott Lewis, LHP, Grade C+: Similar to Huff, perhaps not quite as much stuff.

13) Wes Hodges, 3B, Grade C+: A solid bat, but glove at third base has slipped and he may not hit enough for first.

16) John Meloan, RHP, Grade C+: I think he fits better in the pen than in the rotation. Needs to sharpen command.

17) Zach Putnam, RHP, Grade C+: Personal favorite from the 2008 draft. Very good arm, a good hitter too, does he start or relieve?

18) Trevor Crowe, OF, Grade C+: Made some progress after poor 2007. Could be solid fourth outfielder.

19) Rob Bryson, RHP, Grade C+: Intriguing power arm acquired in Sabathia deal. A bit under the radar but I like him.

Trades have helped restore some depth to the top of the system. I love Santana and I think his breakthrough was for real. I’m not sure how they are going to jam LaPorta, Weglarz, Mills, and Hodges onto the same roster, since all of them will probably end up at first base eventually. Someone will end up as trade bait obviously. Chisenhall and Rivero are third base candidates more than shortstops in the long run but both have strong bats.

On the pitching side, you’ve got a couple of finesse lefties in Huff and Lewis ready for major league trials. Power arms Miller and Meloan can help in the pen. I prefer them as relievers due to Miller’s durability problems and Meloan’s command backslide in ’08. There are several other arms at the lower levels like Rondon and De La Cruz who have a ton of potential but will need more development time. I also like several of the 2008 pitching draftees. Putnam, Stowell, and Berger are nice college selections, but projectable high-upside high school arms like Haley and House are also interesting, if further away.

Full reports on these players and over 1,000 others can be found in the 22009 Baseball Prospect Book. Pre-order for January 31st shipping now!