Most of the time I like to start off the Gameday with the best offensive games of the Top 150 prospects. That is literally too hard to do today because not one, not two, but FOUR Top 150 guys had multi-home run games. Another was 5-9 in a double header, somebody swiped two bags, and another guy walked FIVE times in one game. And that's not even getting to His Mookiness, Mr. Betts.

Normally around four or five of the Top 150 playing take their opposing pitcher deep. This is the first time this year that as many as four players from the list had two home runs in a game. It starts with Dodgers outfielder Joc Pederson, the 40th overall ranked prospect in the game, who belted home runs number 12 and 13 last night for Albuquerque. They were his only hits of the game, as he also struck out twice and drove in three. Next to accomplish the feat was Pederson's teammate, Alex Guerrero. The 108th ranked Cuban middle infielder sent his fifth and sixth homers into the night, also kicking in a single with three RBI, three runs scored and a punch out. "That guy the Angels picked before Trout" has been off to a blistering start for AAA Memphis since joining the Cardinals system. Randal Grichuk crossed off numbers six and seven on his list, also walking twice in the game with three RBI, three runs scored, and a strike out as well. The last player, and only one not in AAA yet, was Yankees third baseman Eric Jagielo. The first of the Yanks three first round picks last year, Jagielo has showcased impressive thump in a league that favor pitchers heavily, launching his eighth and ninth shots of the year. The 122nd ranked prospect also kicked a single into the mix and finished the night with five RBI.

So who were the other guys I was talking about? Well the owner of the 5-9 day was Pirates outfielder Josh Bell. He played both games of a double dip, driving in four runs, scoring three times, and he also hit his third home run of the season and his ninth double. It shouldn't have been hard to figure out the stolen base thief as it was the Speedy Hambino, Billy Hamilton. They were stolen bases number 13 and 14 for the 76th ranked prospect, as he reached base in three of nine plate appearances, singling twice with a walk and a run scored. The owner of the most discerning eye of the night belonged to Padres infielder Jace Peterson. The 140th ranked player did not register an official at bat as he walked five times, stealing his first AAA base in the process. Peterson was called up briefly to fill in for injured third baseman Chase Headley earlier in the year.

As for His Mookiness, The Mook Man was en fuego, torching the Twins AA affiliate in New Britain for three hits, three runs scored, and three RBI. He did so on the heels of his sixth home run, a walk, two singles, and his 17th stolen base. He leads the world in every statistical category and he is probably an animatronic cyborg or something. (Only kidding folks, technology ain't that advanced yet.)

Moving over to the rubber, Alex Meyer gets the nod for best performance by no-hitting Columbus through five innings for AAA Rochester. He walked four, struck out seven and induced four ground outs to only one out in the air. It was good enough for his second win as the bullpen held on for him. Red Sox righty Anthony Ranaudo was also stout for AAA Pawtucket, throwing seven scoreless with only five hits and one walk allowed. The 104th ranked prospect struck five batters out with seven grounding out and four fly outs. He filled the zone with 72 of his 109 pitches for strikes, earning his fourth win and lowering the ERA to 3.47.

Tigers relief pitcher Corey Knebel has been even studlier than anyone expected, throwing in his second AAA game last night. The former Longhorns closer and supplemental first round pick last year has struck out 27 in 18 innings with just nine walks and nine hits allowed. Sleeper Alert! Daniel Winkler also toed the rubber and registered another quality start, but came down with a case of homeritis. He allowed three solo home runs, one to James Ramsey, Rafael Ortega and Jonathan Rodriguez each while striking out five with no walks and six total hits. He was tagged with his second loss and his ERA skyrocketed all the way to 1.48.

Be sure to check out the rest of your favorite players below and the probable starters for today. Don't forget the Duels of the Day either as there are some seriously tasty match ups at every skill level. Enjoy! 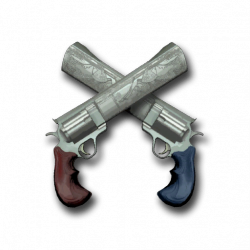