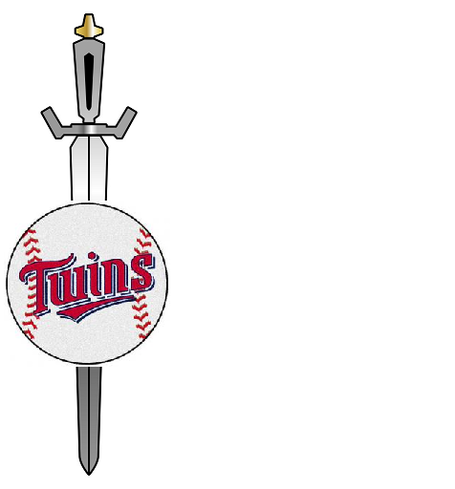 This morning I wrote about a pair of rookie right-handers: Donn Roach of the San Diego Padres and Chase Whitley of the New York Yankees. There is something else that these two pitchers have in common: I shadow-drafted them both in 2010.

Here is what my 2010 Minnesota Twins shadow draft looked like.

This class was strong on pitching: Addison Reed is a big league closer, and now we have Donn Roach and Chase Whitley in the majors. Eighth round pick Thomas Shirley and 26th round pick Seth Frankoff are having strong seasons in Double-A and could get to the majors too. Hitting was not as impressive, although Eddie Rosario is a good prospect and Niko Goodrum has potential. Those were real Twins picks that I stuck with. I had an extra pick in the second round that year because my 2009 second rounder, Jake Barrett, didn't sign.

With Whitley reaching the majors, I now have five Shadow rookies on big league rosters: Kevin Gausman, Jake Odorizzi, Josmil Pinto, Roach, and Whitley. Josh Satin was just demoted from the real life Mets but he was rookie number six.

Looking ahead towards the 2014 draft, I would rank the top guys currently as Carlos Rodon, Brady Aiken, Tyler Kolek, and Alex Jackson in that order and would take them if they were available. I don't expect they will be. I suspect I will have to choose between Nick Gordon, Kyle Freeland, Touki Toussaint, Aaron Nola, and Michael Conforto, but I am still trying to figure out how to rank them.

The Shadow Twins farm system for 2014

Dispatched from an alternate universe

The Shadow Twins farm system for 2014

My Shadow system needs more impact arms but at fifth-overall you have to go with best-player-available. That may very well be a pitcher, but I'm not sure, and the paucity of hitting talent in this draft class would make both Gordon and Conforto attractive. I could then fill in with pitching as needed in later rounds.

So, assuming that the top four are unavailable, who would you go with: Conforto, Freeland, Gordon, Nola, or Toussaint? Or someone else?

I am also doing my research for later round sleeper picks, the Whitley types, and will be writing about them in subsequent articles.