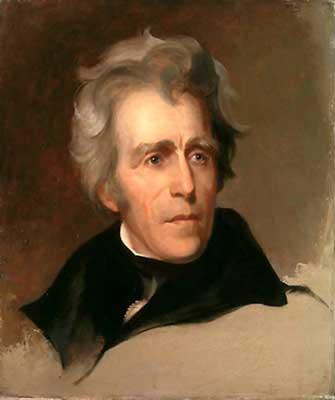 Andrew Jackson: I like anyone who takes on a treasonous bastard like John C. Calhoun, but breaking up the Bank of the United States was a mistake, and his policies towards the Native American population were barbaric even by the standards of the time. As a president...great tools, but erratic with his skills.

**Austin Jackson Tracking Update: So far the optimists should be pleased with the Detroit rookie, currently hitting .316/.372/.468 through 18 games, also picking up three steals in four attempts. On the other hand, he has seven walks against 30 strikeouts in 79 at-bats, whiffing in 38% of his at-bats. That's way above the percentages he posted in the minors (24% in '09, 22% in '08). If he continues to strike out at that pace, he'll hit a significant slump eventually. He's played very well defensively thus far, at least according to UZR, and overall he should be able to stay in the lineup even when/if the pitchers figure out his weaknesses. As always, sample size caveats apply at this point in the season.

**A year ago, Brett Jackson was playing for the University of California, impressing scouts with his excellent tools but also drawing a bit of concern about his ability to control the zone and make contact. Selected at the bottom of the first round, he hit .318/.418/.488 in his pro debut and has picked up where he left off this year, with a .294/.435/.397 mark for High-A Daytona so far. He hasn't hit a homer yet, but he has 16 walks against 13 strikeouts in 68 at-bats. He has a reverse platoon split, too, with a .375/.444/.542 mark against lefties but .250/.431/.318 against normal people. The power should come eventually, and if he can maintain his plate discipline against Double-A pitching once he gets promoted, he could end up being a bargain at the bottom of the first round

**The other intriguing Jackson in the Cubs system is right-hander Jay, currently in the starting rotation for Triple-A Iowa with good results: 23 innings, 14 hits, 2.35 ERA, 16/6 K/BB ratio. He's showing his 90-94 MPH fastball effectively, and continues to make progress with his slider, curveball, and changeup. I've liked him since his days as a pitcher/center fielder for Furman, and he was great value for the Cubs in the ninth round of the '08 draft. We should see him in Chicago later this year if he continues to pitch like this, and I think he can be a good number four starter or perhaps a strong long/middle man.

**Toronto Blue Jays shortstop prospect Justin Jackson was off to a good start at High-A Dunedin, going 4-for-13 9 (.308) with two walks and a double in his first five games, before breaking a finger and going on the disabled list last week. He saw his '09 season ruined by a bad shoulder, so another injury setback is unwelcome and poorly-timed given his need for development. His tools are very good, but his performance has been highly-erratic, due to injuries and contact issues at the plate. He's still just 21 so there is time for him to figure things out, but he needs at-bats.

**The Cardinals drafted University of Miami-Florida shortstop Ryan Jackson in the fifth round last year. Considered a good-field/might-not-hit type, he is off to a good start for Quad Cities in the Midwest League, with a .308/.431.385 mark with 12 walks in 16 games so far. He hasn't hit any homers, but does have four doubles. Jackson draws good reviews for his range, reliability, and arm strength defensively, but doubts about his bat kept him from going earlier the draft. The numbers this year are promising, but it's still early and he's an advanced college player in the Midwest League. Let's see what happens against better competition.