Says his first thought after learning he would miss the first part of the season due to open-heart surgery was that he would let his team down.

The Las Vegas Review-Journal did a touching story recently about 1988 Cy Young Award winner and current Las Vegas 51s pitching coach, Frank Viola, that is definitely worth a read.

Viola, 54, lost his father in February and then his mother just twenty-six days later. And if that wasn't enough, he got a call in March informing him that he had an enlarged aorta and needed immediate open-heart surgery.

Viola was about to begin his first season in Triple-A as the 51s pitching coach after spending three seasons as a coach in A-ball for the Mets. Instead, he had the surgery in April and remained on the sidelines for recovery through the month of May.

He coached some of the guys who currently play for Las Vegas as they climbed the ranks, and in the article he says he'll take the time to get to know all of the players now that he's back in uniform, but listen to what he was thinking after finding out that he needed open-heart surgery: "My very first thought was that I was going to be letting down the team in Las Vegas," Viola says in the article. "Then, I took a breath and thought, ‘I might die.' I was petrified."

While many baseball fans probably aren't even aware that Viola is the pitching coach in Las Vegas, his first concern was that he was going to let his team down.

As they say in the Bible Belt, that'll preach.

He made his debut with the 51s last Friday, sporting a cap with an alien logo, and if the picture in the newspaper story is any indication, he is having the time of his life. 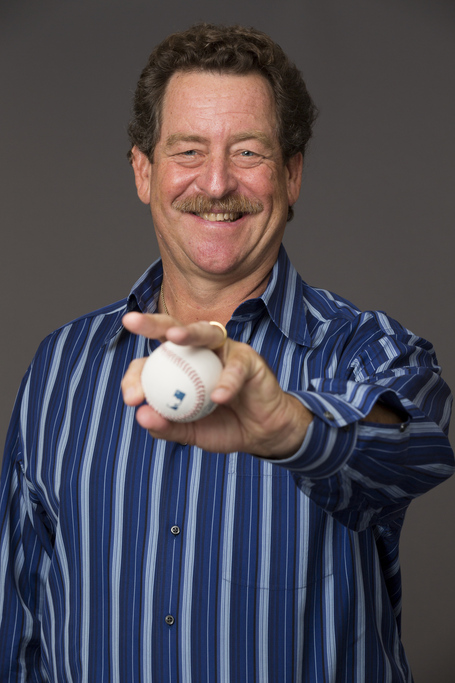