Not a Rookie: J.P. Howell

Share All sharing options for: Not a Rookie: J.P. Howell 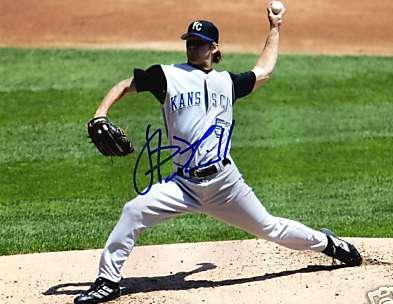 Not a Rookie: J.P. Howell

J.P. Howell began his college career at USC in 2002, but after a rough freshman season he transferred to the University of Texas. Brilliant sophomore and junior campaigns made him stand out statistically: he posted a 15-2, 2.13 record with a 166/53 K/BB in 135 innings with just 90 hits allowed in '04.

The Royals drafted him in the supplemental first round, 31st overall, in 2004. Although scouts weren't wild about his 86-89 MPH fastball, he racked up strikeouts with his curveball and splitter-like changeup, and demonstrated a terrific feel for pitching. He posted a 2.77 ERA with a 38/12 K/BB in 26 innings for Idaho Falls in the Pioneer League in his pro debut. I was very impressed with what he'd done in college, and gave him an aggressive Grade B+ in the 2005 book.

It seems clear that Howell suffered from being rushed by the Royals in '05. Many pitchers have seen their careers collapse after being rushed in that way. But he's overcome adversity, and has found his niche in relief. As long as he remains healthy, I see no reason why he can't be an effective pitcher for a long time to come. He had some good luck on balls in play last year, and I imagine his ERA will rise this year as the H/IP corrects, but I expect he will remain an above average pitcher. He did well against both left-handers and right-handers, and doesn't have to be confined to a LOOGY role.

PECOTA comps include Sparky Lyle, Tug McGraw, Jesse Orosco, Darold Knowles, Joe Sambito, and John Franco. Kenny Rogers also shows up on the list. . .he began his career in the pen. Perhaps Howell could even convert back to the rotation someday