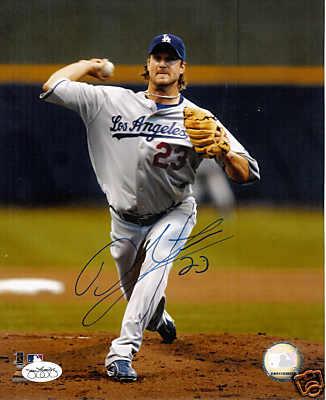 Derek Lowe was drafted by the Seattle Mariners in the eighth round of the 1991 draft, out of high school in Dearborn, Michigan. Assigned to the rookie level Arizona League, he posted a 2.41 ERA with a 60/21 K/BB in 71 innings, solid performance overall. Lowe showed decent command and a good sinker. He was ranked the ninth-best Mariners prospect by Baseball America heading into 1992. This was a long time before I started doing prospect analysis: in 1991 I was single, in grad school, not married yet, and planning on becoming a history professor at some small college somewhere. In retrospect, I'd probably give a similar pitcher a Grade C+ or B- nowadays, promising but a long way from the majors.

Moved up to Bellingham in the Northwest League in 1992, Lowe again pitched well, with a 2.42 ERA and a 66/22 K/BB in 86 innings, with just 69 hits and two homers allowed. He was named the sixth-best prospect in the Northwest League in the strength of his power sinker and solid command, and I'd rate a similar pitcher in the Grade B/B- range nowadays, pending data from higher levels.

The Mariners made an aggressive move in 1993, skipping him past Low-A and sending him to High-A Riverside in the California League. He struggled here, somehow going 12-9 but with a 5.26 ERA, a weak 80/60 K/BB, and giving up an ugly 189 hits in 154 innings. He still drew praise for his pure talent, but the numbers were obviously unimpressive, with a sharp drop in his strikeout rate and an excessive number of hits. I would have dropped him to Grade C+.

Moved up to Double-A Jacksonville in 1994, Lowe continued to struggle, with a 4.94 ERA, 177 hits allowed in 151 innings, and a very unimpressive 75/50 K/BB ratio. He was young at age 21, but these were very weak numbers. I was working for Bill James by this point, and I remember thinking that Lowe, who was still getting good scouting reports, was very overrated as a prospect. Eddie Epstein didn't put him in the first edition of the STATS Minor League Scouting Notebook. Grade C.

You know his story from this point. He was OK as a swingman for the Red Sox in 1998, then became a closer for three years, then developed into an effective inning-eating starter for the last eight years. He has developed into a much better pitcher than his minor league numbers indicated. When I think back to the very marginal guy I saw pitch for Tacoma, and the mediocre-to-poor component ratios he showed from 1993 through 1996, I'm reminded of just how unpredictable pitching prospects can be. I didn't see this coming at all.