As you are probably aware by now, the biggest news today in the sports world comes from the NBA, where center Jason Collins came out today as gay, in this article for Sports Illustrated. 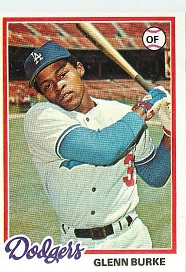 The first (and thus far only) major league player who was known to be gay by his teammates while playing was outfielder Glenn Burke. It wasn't easy for Burke: some teammates didn't care, but some did, and he had problems with the front office and his managers, although his orientation didn't become public knowledge until after he retired.

Outfielder Billy Bean came out after he retired. Other than Burke and Bean, no MLB players have been out, though surely dozens if not hundreds of major leaguers have been gay or bi. 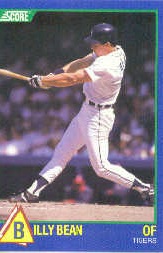 Both Burke and Bean were marginal players. Someday it will be a star who comes out.

I generally keep my non-baseball opinions away from this blog, but this is a sports story and one that will eventually be relevant to baseball, probably within the next year I expect. I have to say that I am absolutely stunned, very pleasantly so, at the huge advances that have been made in gay rights over the last decade and especially in the last four or five years.

It was so different for so long. For me, gay rights is about simple humanity and simple empathy. I covered this about a year ago with this It Gets Better post.

Ultimately, I have to agree with Adam J. Morris over at LoneStarBall and look forward to the day where this isn't news. For eighty years, you had to have the right skin color to play major league baseball. Eventually that no longer mattered and all anyone cared about was how you played on the field, but it took courage on the part of men like Jackie Robinson and Larry Doby and Satchel Paige and Branch Rickey and Bill Veeck and a lot of time before racial integration was generally accepted.

The same thing will happen with sexual orientation that happened with skin color. And I bet it happens soon.

The day is coming. It gets better.