St. Louis Cardinals rookie southpaw Nick Greenwood made his big league debut yesterday and it was a good one: 3.1 innings of relief against the New York Mets, allowing two hits, one walk, one run, and fanning three. Nick Greenwood? Who is this guy?

Greenwood was a college pitcher at the University of Rhode Island. He was a solid one, too, posting a 3.72 ERA with a 95/25 K/BB in 92 innings as a sophomore in 2008 and a 3.61 ERA with a 74/16 K/BB in 92 innings in 2009, which was enough for him to get drafted in the 14th round by the San Diego Padres despite his lack of a hot fastball. He started in the low minors but was switched to the bullpen after he was traded to the Cardinals in the July 2010.

Reaching Triple-A in 2011, he's spent the last couple of years pitching mainly in the Memphis bullpen, although he's started occasional games and has not been confined to pure LOOGY work, seeing many multiple-inning relief outings. He was pitching quite well before his promotion, with a 2.61 ERA and a 32/7 K/BB in 41 innings covering 19 bullpen outings and three starts.

The southpaw isn't a huge guy, listed at 6-1, 180. He's a good athlete, however, a former soccer player who made the wise decision to chose the superior sport. His 87-90 MPH fastball has kept him off top prospect lists, but he has a full arsenal with a slider, curveball, and changeup, gets ground balls, and throws strikes. His margin for error isn't great but if his command holds up he can be a versatile option in a big league pen. 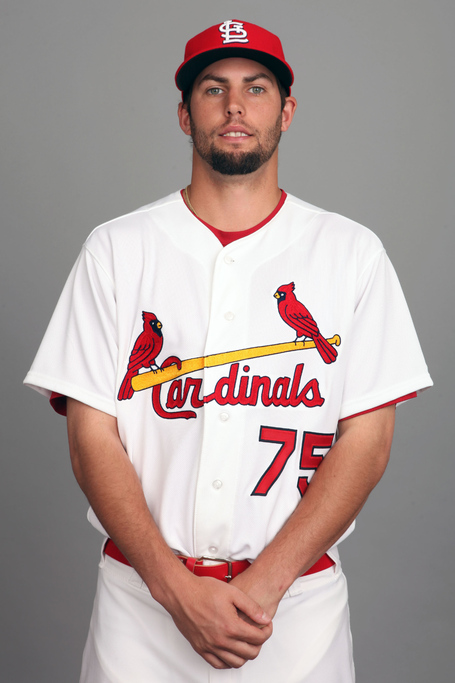 I'll admit I'm predisposed to liking him, having selected him in my 2009 Twins Shadow Draft.