How John Learned to Pick Up Chicks Using Baseball--By JERI

Share All sharing options for: How John Learned to Pick Up Chicks Using Baseball--By JERI 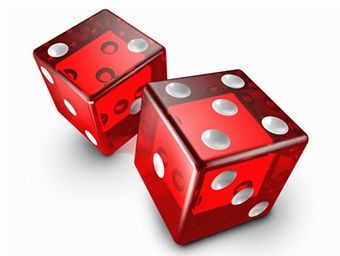 When John and I were dating, way back in the stone ages, before anyone even thought up the word blog, he decided that as his main squeeze I’d need to know something about baseball…not just the casual fan stuff of who looks best in those tight pants (OK, maybe that’s just me!), but an actual understanding of game itself. He’d insist that I watch games on television with him but I’d get bored and start reading or fall asleep by the bottom of the third. We didn’t have the time or money to trek over to Royal Stadium (as it was known) from college, so he had to be innovative.

He introduced me to this game whose name I don’t remember (if I ever even knew it) that he called Dice Baseball. It was a game where stats were kept on paper and moves were made by die roll. The main attraction, though, was that each player had to choose his team out of available players from real teams. John was always the Twins (this game is where his shadow Twins team originated), and I decided to be the Rangers, because I actually knew who Nolan Ryan was. Just for the record, The JERI Rangers beat the JOHN Twins on our opening day.

Each player took the real life roster, and fielded a team based on the strategies real managers might use to defeat a real life opponent. I learned about platooning, I learned about pitching strategies, lineup order, how to read and interpret stat lines, etc. In short, I learned how to analyze the game and its players and how to break the game down into its many strategic parts.

John is a very gifted teacher. In an alternate universe, he’s a wildly popular college professor somewhere, I’m sure. He took a topic for which I had little-to-no interest, and using baseball card stat lines and a board game, turned me into a fairly decent manager. I even got pretty good at analyzing individual pitchers based on their mechanics and could tell by the windup what pitch a pitcher was going to hurl. I also got pretty good at telling which pitchers would were prone to injury. To this day that’s the part of the game I enjoy the most; watching the pitchers.

I’m not sure if we were dating today, with today’s technology, if he would have been as successful in developing my interest in the game. Yes, there are a lot more sources of information, more sophisticated stats to use for analysis, and thanks to Youtube and its ilk there are limitless opportunities for seeing individual players at almost any level; however, what I don’t see is the need for new fans to learn how to break down the game into its smaller parts. I think if John were teaching me Dice Baseball today, I’d be more likely to just type the players into a search engine to see who is usually used as catcher against a right handed pitching ace rather than study stat lines and box scores and making a decision based on analysis and theory.

With the instant gratification of being able to find out what everyone else thinks, I kind of doubt I would have taken the time to learn what I think, to develop my own philosophy on the best way to field a team.

I’ve been thinking a lot about Dice Baseball, and those days when John and I would spend time looking over his baseball card collection so he could quiz me on what any given stat line indicated about a player’s strengths and weaknesses. When we would play the game, it would take almost as long to determine the lineup as it did to play. I think there are a lot of computer simulation baseball games that would allow for the same level of analysis and input from the player. I just wonder if the kids learning those games will be as likely to do that analysis, to put in the time to really understanding the layers of the game and how they all fit together. I hope they do, because that understanding changes the game from a mere spectator sport to a complex strategy-intensive mental buffet.