As most of you know, I am more than just a baseball geek. I'm also a scifi and Star Trek geek, big time, although I've never worn any ears or attended a convention. I've learned that there is not a lot of cross-over between the two genres, but I also know that a few of you do share that interest. If you do, keep reading. 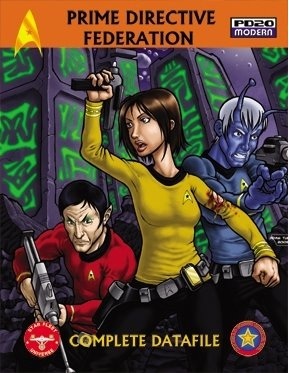 Prime Directive is a role-playing game (like Dungeons and Dragons for you non-geeks) set in the Star Fleet Universe, an off-shoot of the original series Star Trek. This particular book is written for P20M role-playing, although a GURPS version will be out later this year.  I wrote the Prime Directive: Romulans book five years ago. The Federation book was more of a challenge, but it was a real treat for an old-series Trekker to do this.

If any of you have an interest, you can pick up a copy with the links above; I do get a royalty cut of the Romulan and Federation books, so it would help me out, in addition to being a fun read for any Trek fan or RPG player. You can also check out the other PD and Star Fleet Battles products.