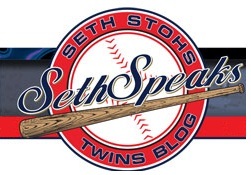 Guest author Seth Stohs of Sethspeaks.net knows more about the Twins farm system than anyone not working in the organization itself. Here is a report from Seth regarding five little-known but intriguing prospects just starting their 2010 campaigns at the short-season level.

Take it away, Seth!

With the start of the short-season affiliates this week, I thought it would be good to discuss five Twins prospects worth watching from Elizabethton and the GCL Twins.

You already know about Adrian Salcedo. I ranked him as my #9 Twins prospect after last season, and he was #5 in my updated rankings earlier this month. John had him at #5 all along. You have heard a ton about Max Kepler, the $800,000 bonus baby from Germany. The 17 year old, five-tool talent has a long way to go, but he is certainly one to watch.  I have ranked Blayne Weller in my Top 25 the last couple of years. What I want to do here today is introduce you to five players that you may not have heard about yet, but who I think you will hear more about this summer and in the future.

Arcia has started out the 2010 season Elizabethton in style. In the first two games, the switch-hitting outfielder is 5-8 with a double, a triple and two home runs. (that equates to a nice 2.375 OPS, in case you don't think two games is too small of a sample size) Arcia (who signed in July of 2007 from Venezuela) is another five-tool talented outfielder in the Twins system. He just turned 18 years old in May. Last year in the GCL, he hit .275/.337/.455 with 18 extra base hits (including five home runs) in 167 at bats. He walked 15 times with 18 strikeouts. He was also 8/8 in stolen base attempts.  Following his 2008 season, I ranked him as the Twins top prospect in the DSL (ahead of #2 choice, Adrian Salcedo). Although I don't anticipate him hitting .625 for the whole season, he is definitely one to watch.

Like Arcia the year before, I ranked Guillen as the Twins top prospect in the DSL in 2009. The Twins signed the 3B in 2009 and as a 16 year old, he hit .336/443/.409 in his first experience in professional baseball. It was only 110 at bats, but for such a young player to experience that kind of success is impressive. He walked 19 times to just 23 strikeouts, a very good rate.  He will get plenty of playing time with the GCL Twins this year and won't turn 18 until late in August.

I figured I would bookend my Five to Watch with a pair of five-tool outfielders since that is something that the Twins seem to have a plethora of, and they have had success with. Ortiz was the Twins 4th round pick out of Puerto Rico in June of 2008. He debuted with the Twins GCL team that year and hit .274/.328/.419 with 19 extra base hits in 186 at bats. He was 4-4 in stolen base attempts. By all indications, he is a very solid defensive outfielder. Unfortunately, he missed the entire 2009 season because of knee surgery. It will be interesting to see how he comes back after missing a year of playing time, but in terms of talent, Ortiz has a ton.

It's always fun to start reading the box scores from the short-season teams. How will the team's 2010 draft picks fare? With the ultra-athletic Niko Goodrum perform in the GCL? How will LHP Pat Dean do? Many said Eddie Rosario was the best hitter from Puerto Rico in this year's draft. How will he do? (he went 3-4 with a homer and a stolen base on Wednesday!) Will Alex Wimmers sign before the end of the summer?

With the Twins, it is also sometimes necessary to utilize a globe to find out where on a map some of these players are from. The Twins have players on their GCL team representing no fewer than nine countries. But it is also fun to see which players step up and play well. Which ones will appear in game summaries frequently?

As always, if you have any questions or comments, please let me know.