The Final Month before the Draft: Why Does It Matter?

Share All sharing options for: The Final Month before the Draft: Why Does It Matter? 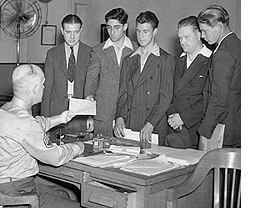 With a month to go before the draft, a thought occurs to me: is it wrong that so much emphasis gets placed on last second performance in determining where a player ends up on draft day? I'm not talking about a guy who has a massive injury or something...obviously if a pitcher tears his labrum on May 17th that will rightly impact his draft status...but is it a mistake that the last flurry of games before the draft can have so much influence?

The sample size issue is always present: if a guy has a bad game in front of the crosschecker or scouting director, that doesn't necessarily mean anything. Maybe it was just a bad/unlucky game...or maybe it means the player has trouble under pressure. "Draftitis." I suppose that's the job of the scout, crosschecker and director to know the difference.
Just one more factor to consider.