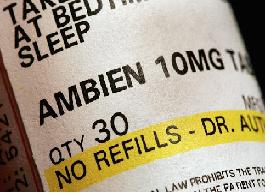 I've was asked in the All Questions Answered thread on Friday to name some breakout players for 2009, guys not yet on top prospect lists but who could be by this time next year. So that will be our theme this week, sleeper prospects and potential breakouts.
There are two basic types of "breakouts." The first types are guys who are already in the consciousness of the prospect community, but who are still unproven or at a low level of play. These would be guys rated as Grade C+ or C types at lower levels, but with the potential to improve. The second type is the guy who REALLY comes out of nowhere, or who makes a dramatic, unexpected, or unpredictable improvement from year to year.

Here are a few guys to consider from the AL East.

Joseph Cruz, RHP, Tampa Bay Rays; A 30th round pick in 2007 out of East Los Angeles JC, Cruz is 6-4, 195, can hits 94 MPH, and posted a 62/14 K/BB with a 3.17 ERA in the Appalachian League last year. He needs work with his secondary pitches, but the Rays have had good luck helping similar pitchers develop, he already throws strikes, and his body is very very projectable. I'd keep a close eye on him. He's more of a second breakout type...not many people have heard of him yet, but there are hints here.

Oliver Drake, RHP, Baltimore Orioles: Drake was a 43rd round pick in 2008 out of the US Naval Academy, but would likely have gone at least 30 rounds higher if his signability had been more clear. As it was, he was able to avoid military service and sign for $100,000, then posted a 0.82 ERA with a 24/3 K/BB in his first 22 pro innings, in the Appalachian and New York-Penn Leagues. He pushes his fastball past 90, has a plus slider, and might be able to start (which would greatly boost his prospect status) if he can improve his changeup more. Obviously he already throws strikes.

Tyler Pastornicky, SS, Toronto Blue Jays: A deep sleeper type, Pastornicky was a fifth round pick out of high school in Florida last year. He hit .263/.349/.356 in rookie ball, showing decent plate discipline but lacking power. However, he kept his strikeout rate low, stole 27 bases in 32 attempts, and has a good defensive reputation. He's young, athletic, and commands the strike zone, qualities inherent in prospects who can sneak up on us. Power development will be his key.

David Phelps, RHP, New York Yankees: 14th round pick last year out of Notre Dame, but at one point before an erratic junior year he was being mentioned as a possible second rounder. He put up reasonable numbers in the New York-Penn League (2.72 ERA, 52/18 K/BB in 73 innings), has a low-90s fastball, and showed better breaking stuff as a pro than he did in college last spring. If he can get back to where he was during his sophomore year, he can surprise.

Stolmy Pimentel, RHP, Boston Red Sox: Perhaps one of the more obvious people, a clear first type, he had a decent year in the New York-Penn League (3.14 ERA, 61/17 K/BB in 63 innings, 51 hits). He already has good command for his age (19), has an excellent changeup, and has enough physical projection to boost his velocity past it's current 88-91 range. A push in dominance due to greater velocity would vault him up the charts, as long as he maintains his command. He could be a Top 50 guy if everything comes together.