Baltimore Orioles rookie catcher Caleb Joseph has been in the news recently: homering in five straight major league games will get you noticed. So who is this guy exactly?

Joseph was a seventh round pick in 2008 from Lipscomb University in Tennessee. He was very successful in college, hitting .342/.404/.615 with 17 homers as a junior, and remained productive at the short-season and A-ball levels, hitting .284/.337/.450 for Frederick in 2009. However, his production tailed off sharply when he reached Double-A, as he struggled offensively in both '10 and '11 for Bowie in the Eastern League.

Joseph is listed at 6-3, 180 pounds, born June 18, 1986. At age 28 he is old as rookies go, but I think he can stick around awhile in a reserve role. Although his current home run pace isn't sustainable over the course of a full season, he does have some sock in his bat; the power is not a total fluke. His minor league numbers project out as a player who is capable of hitting .230-.240 with an OBP in the .290-.300 area and a SLG a bit over .400. In other words, what he's doing in 2014 is what he should be expected to do, maybe a little lower than anticipated in the batting average/OBP and a little higher in the SLG, but within natural variation.

That's nothing special with the bat, but the defense is another matter. 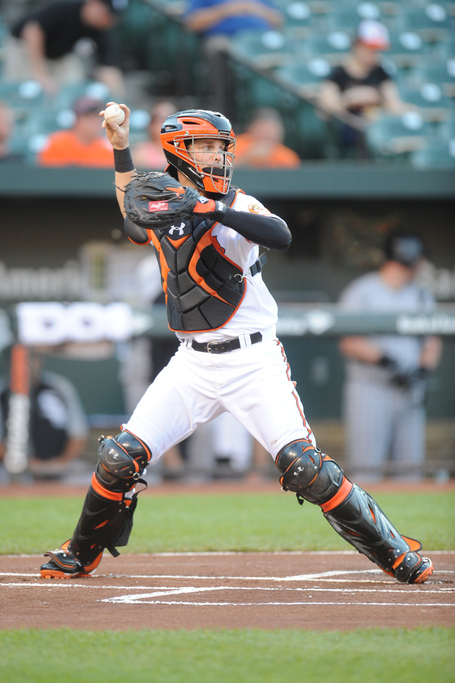 Joseph has thrown out 49% of runners trying to steal on him in the majors while maintaining very low passed ball and error rates and good pitching framing. Interestingly enough, his defense in the minors was rather raw at first but has steadily improved with experience, to the point where his glovework is now his best asset.

Despite his lack of on-base contributions, Joseph's combination of strong defensive performance with occasional surges of power should keep him employed for some time. He could have a long career as a reserve and emergency regular, though he'll need to boost the hitting to hold a starting job for a longer period.