The Minnesota Twins system features Grade A prospects Byron Buxton and Miguel Sano, but there is additional depth beyond that pair.

Share All sharing options for: Minnesota Twins Top 20 Prospects for 2014

The list and grades are a blending of present performance and long-term potential. Comments are welcome, but in the end all analysis and responsibility is mine. Full reports on all of players can be found in the 2014 Baseball Prospect Book. We are now taking pre-orders for the book, so order early and order often!

All of these grades are preliminary and subject to change.

Grade A prospects are the elite. They have a reasonable chance of becoming stars or superstars. In theory, most Grade A prospects at least develop into major league regulars, if injuries or unanticipated problems don't intervene. Note that is a major "if" in some cases.

Grade B prospects have a good chance to enjoy successful careers. Some will develop into stars, some will not. Most end up spending several years in the majors, at the very least in a marginal role.

Grade C prospects are the most common type. These are guys who have something positive going for them, but who may have a question mark or three, or who are just too far away from the majors to get an accurate feel for. A few Grade C guys, especially at the lower levels, do develop into stars. Some end up as role players or bench guys. Many don't make it at all.

Also note that there is diversity within each category. I'm a tough grader; Grade C+ is actually good praise, and some C+ prospects (especially at lower levels) turn out very well indeed.

Finally, keep in mind that all grades are shorthand. You have to read the full comment in the book for my full opinion about a player, the letter grade only tells you so much. A Grade C prospect in rookie ball could end up being very impressive, while a Grade C prospect in Triple-A is likely just a future role player. 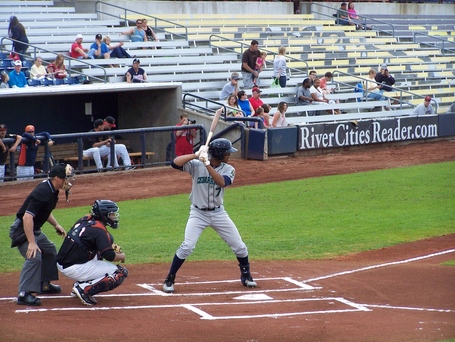 1) Byron Buxton, OF, Grade A: Currently the best prospect in baseball, combining outstanding athleticism, speed, on-base ability, developing power, and superior defense. He is currently equal to or slightly ahead of where Mike Trout was at the same stage of his career, with one pro season under his belt. That doesn't mean Buxton will be as good as Trout, of course, but it does indicate superstar-caliber ability. ETA: late 2014 or 2015.

2) Miguel Sano, 3B, Grade A: Power-mashing beast, comparable to a young Miguel Cabrera. He may not hit for the high averages that the mature Cabrera has produced, but power should be similar. Sano has made a lot of progress with the glove and a move to first base is not automatic. ETA: late 2014.

3) Kohl Stewart, RHP, Grade B+: 2013 first-round pick was the best high school pitcher in the draft and showed good command of plus stuff in his pro debut. Some scouts like him better than Mark Appel and Jonathan Gray, the two top college arms in the draft, though he'll need more time to develop. ETA: 2016 or 17.

4) Alex Meyer, RHP, Grade B+: Hard-thrower pitched effectively in Double-A, although a shoulder injury caused him to miss two months. Healthy now, should be ready for major league trial in 2014, projects as number two starter if everything works out with his arm. ETA: 2014.

6) Jose Berrios, RHP, Grade B: Supplemental 2012 pick out of Puerto Rico was solid in the Midwest League in '13, although he lost some velocity as he got tired down the stretch. At his best, throws three major league quality pitches for strikes and projects as mid-rotation arm. ETA: late 2016.

7) Lewis Thorpe, LHP, Grade B-: Australian lefty dominated the Gulf Coast League after gaining 5 MPH on his fastball and improving his secondary offerings including slider, curve, and change. A long way off at age 17, but GCL sources loved him, see mid-rotation upside, and possibly more. ETA: 2017.

8) Josmil Pinto, C, Grade B-: Age 24, this Venezuelan catcher has hit the snot out of the ball for two years while improving his glovework. He looked excellent with the bat during September trial with the Twins, but is still underrated/overlooked as a prospect. Even with a so-so glove the bat will play. ETA: 2014.

9) Jorge Polanco, INF, Grade B-: Solid switch-hitter showed gap power and hit .308 with decent strike zone judgment in Low-A at age 20, along with defensive versatility. Good athlete, has a chance to develop into a regular second baseman or a fine super-utility man, perhaps more. ETA: 2016.

10) Max Kepler, OF, Grade B-: German-born outfielder was inconsistent but flashed good hitting skills in Midwest League despite missing half of the season with elbow problems. Needs to resolve difficulties against left-handed pitching and improve his defense, but I still like him. ETA: late 2016. 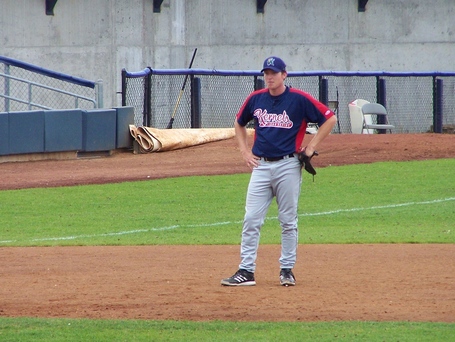 12) Trevor May, RHP, Grade C+/B-: Hard-thrower acquired from Phillies for Ben Revere has had two erratic Double-A seasons, collecting plenty of strikeouts but with wobbly command. Could still develop into a rotation workhorse or perhaps a dominant reliever. ETA: late 2014.

13) Adam Brett Walker, OF, Grade C+/B-: Led Midwest League with 27 homers and it is real power, also an effective stealer and underrated defensive outfielder. Questionable plate discipline prevents a higher grade at this point, but if he tightens the strike zone he could become a regular. ETA: 2016. 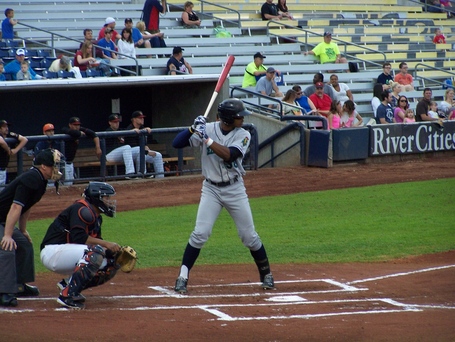 14) Michael Tonkin, RHP, Grade C+: At this point on the list, the rankings get more flexible: you can make a case for slotting any of the Grade C+ guys from about 14 on, so don't sweat the exact placements. Tonkin is a hard-throwing reliever who has performed well the last two seasons and has little left to learn in the minors. He should slot into the Minnesota bullpen and might get a shot at closing games somewhere eventually. ETA: 2014.

15) Danny Santana, SS, Grade C+: Speedy switch-hitter had solid Double-A campaign. Erratic but promising on defense, can swipe a base, needs to sharpen OBP ability to make it as a regular but could be a fine utility player with disruptive speed and valuable glove. ETA: late 2014.

16) Kennys Vargas, 1B, Grade C+: Switch-hitter from Puerto Rico with excellent power, hit 19 homers and 33 doubles in High-A and has some feel for hitting. Would rank higher but his glove is quite poor and he may be a born DH who finds it hard to slot into a position. ETA: 2016.

17) Felix Jorge, RHP, Grade C+: Dominican right-hander dominated the Appalachian League, throws strikes, and has enough stuff to be a mid-rotation starter with proper development. I wouldn't expect him to be rushed, but he could rank much higher on this list next year. ETA: 2017.

18) Zack Jones, RHP, Grade C+: Saved 14 games in High-A with excellent strikeout numbers, has been clocked as high as 100 MPH. Command needs work; currently pitching in the Arizona Fall League and should begin '14 in Double-A. Potential closer option. You can make a case to rank him as high as 13. ETA: mid-to-late 2015.

19) Stephen Gonsalves, LHP, Grade C+: Fourth round pick in 2013 looks like a real bargain; mechanical problems in high school sapped his velocity but this wasn't an issue in pro ball and he dominated the rookie levels in a short stint, fanning 39 in 28 innings with a 0.95 ERA. Could rank much higher once he gets some innings in. ETA: 2017.

20) Ryan Eades, RHP, Grade C+: Former Louisiana State workhorse, results haven't quite matched the talent perceived by scouts but he still showed enough to be drafted in the second round. Mid-rotation potential. ETA: 2016.

SUMMARY: The Minnesota Twins system is among the elite in the game. Few organizations can boast a pair of potential superstar Grade A talents like Buxton and Sano, and the Twins have good depth beyond them, particularly among hitters. They still need more high-upside pitching, although the signing of Kohl Stewart helps in that department. Alex Meyer is also impressive, as long as his shoulder is OK, and there are some lively arms of promise at the lower levels.

The development of sleeper prospects like Josmil Pinto is always welcomed, and there are others in the Grade C category who are capable of similar breakthroughs. The Twins have also been increasingly aggressive on the international market in recent years. Sano, 2012 signee Amaurys Minier, and '13 signees Lewin Diaz and Roni Tapia show a liking for power bats.

Twins fans have been through difficult rebuilding phases before, dating back to the Calvin Griffith years, but the upside with this current group is huge, comparable to the Kent Hrbek/Gary Gaetti/Tom Brunansky/Frank Viola/Kirby Puckett wave that helped win two World Series.