Get Off My Lawn

Share All sharing options for: Get Off My Lawn 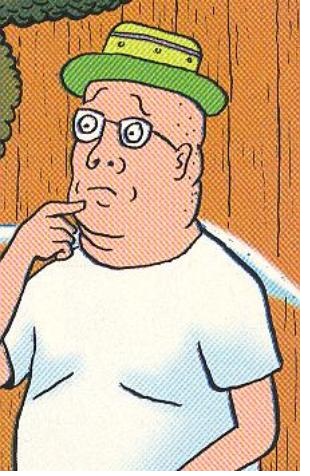 In my day, we had batting average, homers, and RBI. And we liked it!!

I posted this on facebook a couple of days ago:

I got sick of grad school when the things they wanted us to study (19th century Belgian weavers for example) became so granular as to become meaningless. I'm starting to get the same feeling about sabermetrics sometimes.

I want to expand that point a bit more and explain where I'm coming from.

I graduated from Northwest Missouri State in 1990 with a BA in European History and Philosophy. I came to grad school at the University of Kansas full of excitement and enthusiasm, planning on a career in academia. I loved studying history. I enjoyed the first two years of grad school and performed well, but in the third year (as I approached completion of my MA), I grew disillusioned.

The further I got into the process, the less I enjoyed it, and eventually I lost my love for history altogether. The topics of study grew so granular and narrow as to lose all relevance, and studying nineteenth century Belgian weavers was just one egregious example. At some point graduate school became just a series of ticket-punching classes that you had to get through, an intellectual treadmill. I felt like it was sucking the life out of my soul.

I completed my MA successfully and moved into PhD work, but my grades dropped and school eventually became something I hated, not loved. Around the same time I started doing baseball work, working as Bill James' assistant and eventually doing some baseball writing on my own.

A sense of momentum and obligation kept me going academically for awhile. I finished my PhD coursework, though my grades were just so-so due to lack of motivation. I passed my written exams and did very well, but I botched the oral exams and barely passed. I started working on my PhD dissertation (The Religious and Ethical Foundations of 20th Century British Socialism) but never got beyond a vague outline and some basic research. I eventually realized I was never going to finish it, so I dropped out of grad school in the spring of '97, getting a job as a clerk for awhile but eventually moving into baseball writing full time.

The interesting thing is that after I quit grad school, my love of history returned.

I now wonder if a similar process is underway in my baseball mind. I still love baseball, and I still love studying, analyzing, and projecting minor league players. It doesn't put a bad taste in my soul the way history did from 1994 through 1997. But when it comes to the most advanced sabermetric stuff regarding major league players. . .that old grad school feeling is returning.

The newest stuff is becoming so granular that I'm having problems making sense of it. I'm a humanities guy, and the most advanced math is beyond my ability to completely comprehend. My personal opinion is that the many of the newest metrics (at least in regards to hitting and pitching) are just more complicated ways to say the same basic truths.

I don't think this is true on defense, where genuine ground-breaking progress is being made. I'm paying close attention to the new defensive metrics, even when I don't completely understand how they are derived.

I agree that the new data generated by Pitch F/X promises a revolution in our understanding of the game. However, (putting on my historian's hat here), we are very early in this process. We still need to see which paths are blind alleys and which ones will lead to actual results. Revolutions seldom turn out the way you expect them to.

This may sound strange coming from someone who is a liberal (even a radical) on most political and social issues. But when a hot new baseball metric comes out, my initial impulse is to be conservative about using it. Not to ignore it or dismiss it, but to wait-and-see how it pans out, how it tests out after a couple of years, before jumping on the bandwagon. My dad always told me not to buy a new car in the first model year. Let them get the bugs worked out first.

I don't want to give the impression of being an old fuddy-duddy sportswriter blithering about intangibles and "players who know how to win." I have nothing but respect for the leading sabermetric researchers who are pushing the frontier of knowledge. Most of them are far smarter than I am.

But there's a good chance that things like Pitch F/X will never be available for minor league players in regular season action, which means it isn't likely to have much of an impact on my own personal work in prospect analysis. By the time we have sufficient major league data on a guy for the newest stuff to mean anything, he usually isn't a prospect any more and I can safely ignore him. The minor leagues are my niche. At this point, the F/X stuff hasn't impacted my main work, though I'm incorporating some of the other metrics such as FIP into my analysis now that I've seen how they work.

I'm 42 now and starting to feel my age. Perhaps this is all part of that process. But I'm finding that as I read the most advanced sabermetric stuff regarding major league players, my eyes glaze over and I start to get the grad school feeling again: why am I reading this? I'm not enjoying it. I want to watch a baseball game.

So am I just entering my dotage prematurely? Or is advanced sabermetric analysis becoming so specialized that no one but physics and math majors can understand it, leaving us humanities majors behind, let alone the average fan? If that is true, what can be done about it? I don't mean stopping research; obviously it needs to go forward. But I mean, how do we find ways to disseminate the new knowledge and make it comprehensible for the non-math folks among us? How do we integrate and explain the new knowledge?