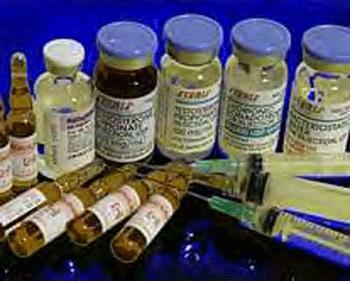 I get questions regarding my position on the whole steroid issue, the situation with A-Rod being the most recent flair-up. Like I said a few days ago, the whole issue makes me "sigh," but I want to explain a little more about how I feel about this. I expect my opinion will satisfy no one, but here goes.

I'm not indifferent to the issue. It certainly bothers me that A-Rod, Bonds, McGwire, and myriad others during the late 90s and early 2000s used steroids and PEDs. I don't want to make excuses for it. But some of the reactions, from fans and writers alike, strike me as a bit disingenuous. Some act like PED use is something uniquely bad in baseball history, perhaps equivalent to the Black Sox gambling scandal that almost destroyed the game.

I don't see it that way. I see PED use as similar to using amphetamines on the field for an extra edge, something which has been rampant forever. Using PEDs may be different in degree than popping speed, but I don't see it as different in kind. You're putting a foreign substance in your body to gain an edge on the field. Again, it doesn't make it right, but the whole thing is hardly surprising, and NOT out of context with other events in baseball history.

Whatever the public relations problems with it now, the fact remains that both the union and the owners knew what was going on at the time, and took forever to come up with adequate counter-measures against it. I've had baseball personnel describe to me (off the record obviously) an unspoken but prevalent "don't ask-don't tell" philosophy that permeated the game for several years in regards to PEDs. Many believe that the Steroid Offensive Era saved baseball by boosting attendance after the debacle of the '94 strike. You can bash A-Rod and others like him all you want, but MLB and the Union need to be included in any moral indictment.

Usage rates were obviously not 100%, but certainly a large number of players did use. If anyone needs to be praised, it shouldn't be the guys "confessing" or coming clean now, it must be the players who did not partake despite the pressure to do so. Those are actually the guys, the ones who didn't use, that I would like to know more about.

So, where do we go from here? There will no doubt be more mea culpas, more stern denunciations, more irate talk radio callers. But I return to the first point: right now, it just makes me sigh. This is not out of apathy (I do care) . . or rationalization (I think PED use is wrong and should not be tolerated) . .but more out of a sense of resignation. It happened, we can't change it, and it was a systemic problem. There are so many guilty parties and accessories to the fact, that unless you are willing to tear up ten years of records, there is no real "remedy" for it. I would rather get the facts out, praise those who did not use, and do what we can to prevent similar problems in the future. I don't see the point of vitriolic hunts.

I might have felt more passionately when I was younger. But at age 41, I just see so many other things worth getting upset over than this right now. I really can't believe that a reporter asked President Obama about this issue in a press conference earlier this week. We have an economic collapse and severe foreign policy problems in progress, and someone asks him about steroids?  I think Obama and Congress have more important things to deal with than steroids in baseball. Perhaps the steroid issue is a necessary distraction, something for people to be upset over that doesn't have genuinely painful repercussions.

In any event, pitchers and catchers report this weekend, and I would much rather focus on THAT than PEDs. This is the last I will say on the topic. Spring is coming, and I would rather focus less on past problems and more on the joy of the game. There is enough pain to go around right now. Let's have some fun instead.