Share All sharing options for: JERI's Idea for Reality TV 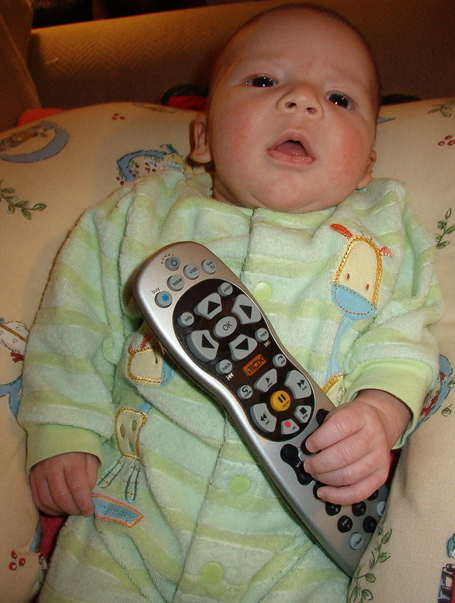 I must make a confession.  I have gotten totally hooked on these cooking contest shows on the food network: Iron Chef America, The Next Iron Chef and Chopped.  There is also a show on Bravo, Top Chef, that I watch, but not as consistantly.  The Next Iron Chef and Chopped, especially, really are just horrilble, in that the contestants are a little desperate, and totally willing to stab their fellow contestants in the back, or just straight in the heart for a small advantage.

Up until these shows came into my field of vision, I prided myself, somewhat snobbishly, on the fact that I never have watched reality television.  Eight thousand Survivor seasons, American Idol, the dancing shows, the Bachelor, Girl Bachelor, Loser Bachelor, The Apprentice, all these shows were just way beneath my interest level.  They bring out the worst in people, and the contestants who show themselves to be the biggest asses, the worst people, seem to be the most celebrated.

Then I got hooked on Iron Chef, which is ok--it makes me feel like I, too, could make five dishes out of King Crab toenails.  And, the chefs seem to have some respect for one another.  After that, I discovered Chopped, which is way harder than Iron Chef, and waayyyy more interesting.  The contestants actively smirk when their competition messes up, and they do these interviews where the chefs all bag on each other in between rounds.  I lap this stuff up, to the point of being mildly ashamed.

The point, and I do have one, is this:    Would a reality competition about baseball work?  Would anyone watch it?  The setup I'm thinking about would be pretty dismal, and would likely show the contestants to be on the pathetic side....which is kind of why I think it could work.

Here's what I see:  the contestants would be guys who either didn't get drafted and would normally go to independant league ball or to used car dealer school, or guys who were stuck in triple A so long that they have been forgotten.  The prize would be to start in ten games for whatever team they could bribe into participating...probably a cash poor team (you know who you are!).

I am going to say it first:  This is an absolutely horrible idea.  However, I think people would watch.  Here's a chance for the average out of shape couch potato to see real athletes, with real abilities, put through the ringer and (hopefully) humiliated.  You would get to see dreams made, but also dreams dashed.  I always thought I was above liking that type of entertainment, and I'd like to think I would not watch, but I admit....my favorite episodes of my cooking shows is when there is a huge blunder or ego meltdown....I think we are all a little closer than we would like to admit to the whole 'let's go watch the lions eat the Christians' mindset.

So...what do you think?  Would you watch this show?  We could call it Iron Baseball Idol Survivor Apprentice.  It could be hosted by one of the Kardashian sisters.  If you would never lower yourself to watch such a thing, do you think anyone else would?