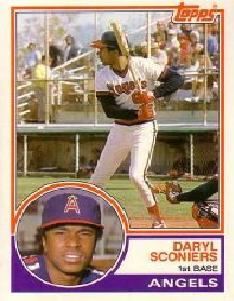 1) Jordan Walden, RHP, Grade B+: I love the strikeout/ground ball combination.
2) Trevor Reckling, LHP, Grade B: A very promising and underrated lefty who deserves much more attention than he’s received.

3) Hank Conger, C, Grade B: I love the bat, though I would like to see more walks. Injuries and positional questions prevent a higher grade.

4) Nick Adenhart, RHP, Grade B-: I know it was the PCL, but at some point the numbers have to start matching the scouting reports.

5) Will Smith, LHP, Grade B-: Very interesting and projectable lefty with excellent command of solid stuff. Need to see at higher levels, but promising.

6) Peter Bourjos, OF, Grade C+: Tons of speed, toolsy, some pop, but lack of patience will be a big issue when he faces Double-A pitching.

7) Kevin Jepsen, RHP, Grade C+: Looks like a solid bullpen asset to me, but will need sharper command to close.

9) Anthony Ortega, RHP, Grade C+: Looks like a solid arm as a possible 4/5 starter, though overall upside is limited.

10) Clay Fuller, OF, Grade C+: His season at is a lot better than it looks on the surface once context is considered. Good tools. Strikeouts a worry but at least he’ll take a walk.

11) Sean O’Sullivan, RHP, Grade C+: Stuff has leveled off, and Double-A transition may not be easy.

20) Gabe Jacobo, 1B, Grade C+: Huge numbers in pro debut, but two walks in 125 at-bats at ? Even for an Angels prospect that’s excessive.

The Angels have some depth, but there is a wide range of opinion about a lot of their prospects. Mason Tobin, for example, gets just a Grade C from me, but ranked 10th on the BA list. I respect his arm strength, but a shoulder problem and a horrible K/BB ratio scare me away from a higher grade. Adenhart also has issues, scouts still seem to like him, but the numbers are poor. I’ve seen him twice in the minors the last two years, and both times he was throwing just 87-90 with shaky command. At some point he has to perform. Walden (who I love), Reckling, and Conger all seem like better prospects to me right now, even if further away from the majors.

Among hitters, the Angels have a lot of guys with offensive potential but bad strike zone judgment. They have an organizational philosophy revolving around contact, and while I’m not as fundamentalist about walks as I used to be, the BB/K marks put up by guys like Bourjos, Jacobo, and Jimenez are not to my liking. I’m not saying everyone has to be a walk machine, but these guys are all way too dependent on their batting averages to provide OBP in my opinion.

I like the lefty arms Reckling and Smith a lot. There are some projectable guys beyond that. Smith in particular looks like a big sleeper for 2009.

Angel fans tend to be quite well-informed about prospects, and I expect some controversy about some of these grades, but I have to call it like I see it.

Full reports on these players and over 1,000 others can be found in the