Below are the results of applying a modified version of my Fielding and Ballpark Independent Outcomes pitching evaluation system to data of NCAA pitchers.

Each pitcher's Control Rating (CTL) and Strikeout Rating (K) were determined relative to conference peers (starters or relievers). Since I do not have batted ball data for every comparable pitcher in their conference I determine their Batted Ball Rating (BAT) by comparing their batted ball profile to that of the other NCAA pitchers of the same throwing dexterity who I am evaluating. Once I have a CTL, K, and BAT rating for each I can estimate their Overall Perfromance Rating (OVR). 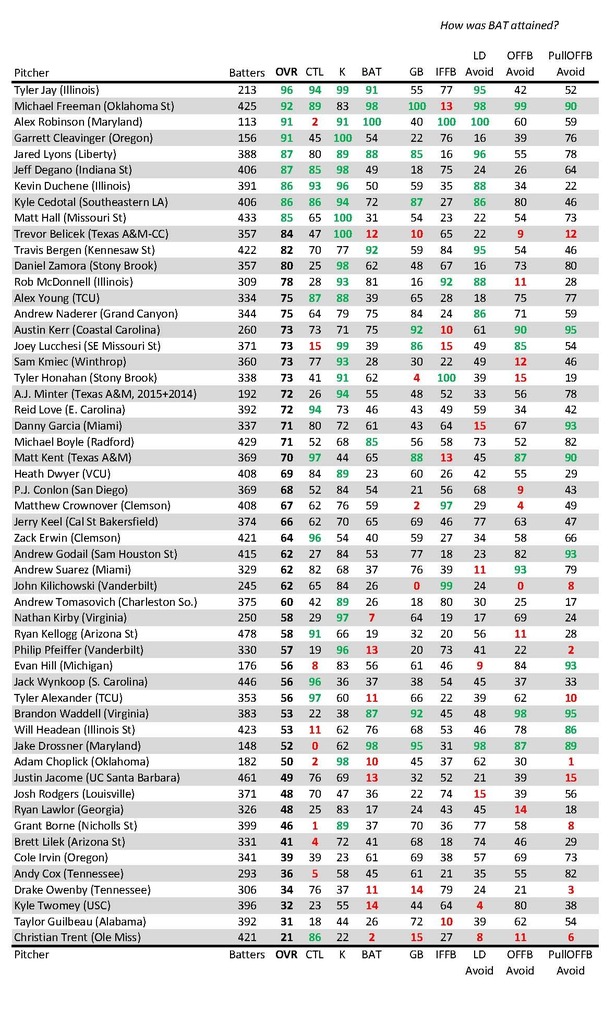 And now by K Rating. 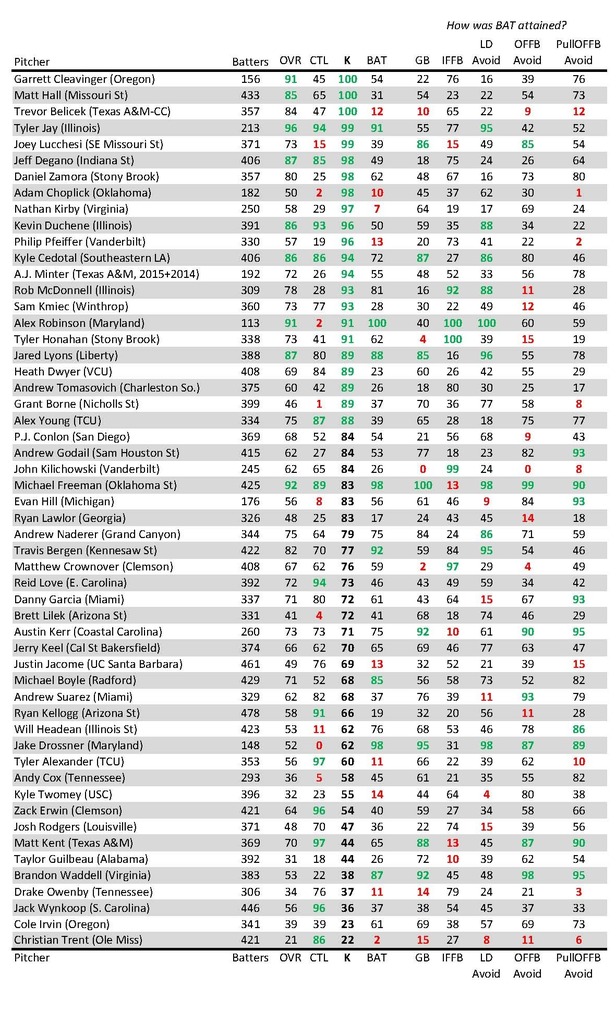 And lastly but most uniquely by Batted Ball Profile Rating (BAT). 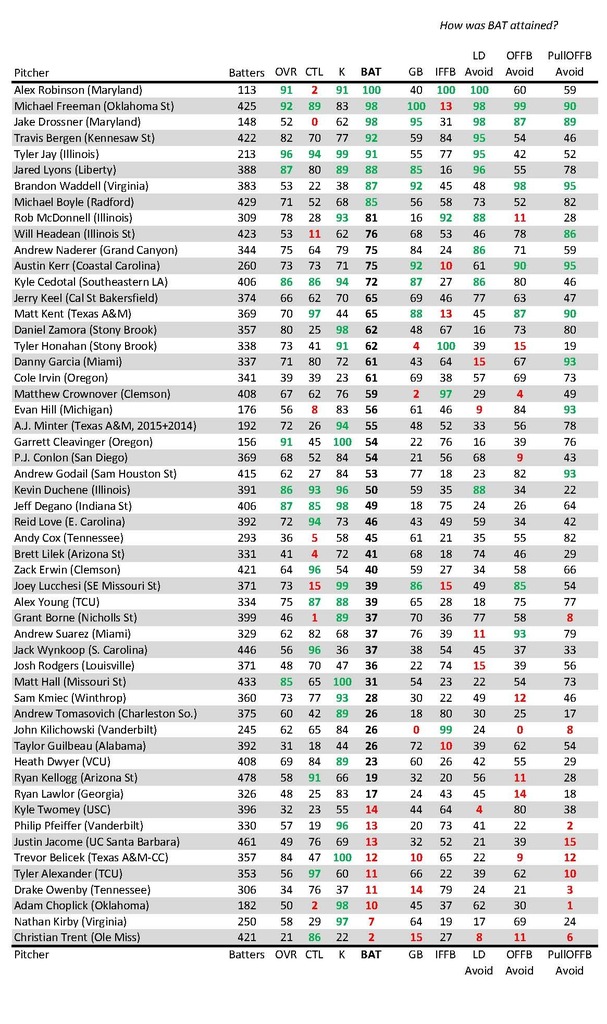 As always, consider the impact of a flukishly high or low LD Rating on BAT and what BAT might look like with some movement back towards an average LD rate.

SInce Matuella's and Lemoine's 2015 seasons were cut short, I combined their 2014 and 2015 numbers and that's what you'll be seeing for them in the tables. 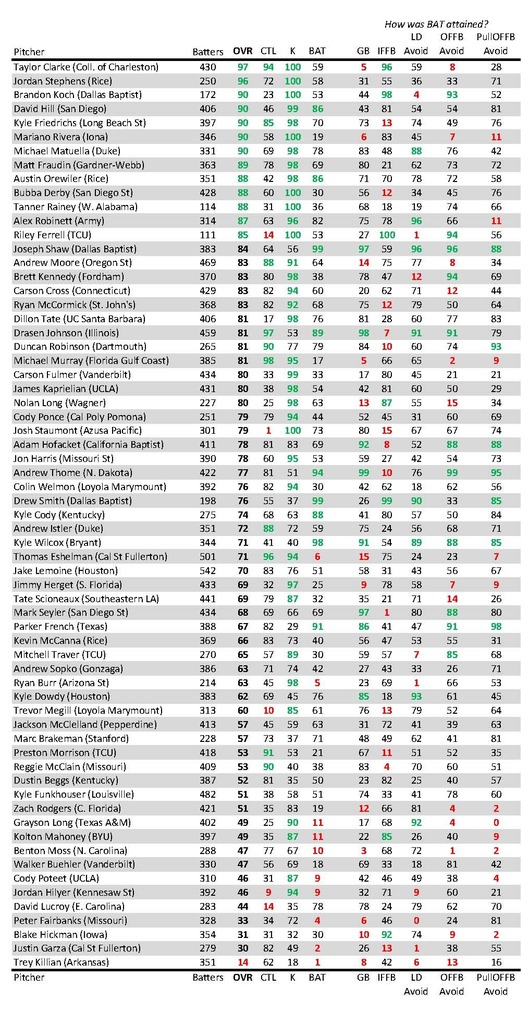 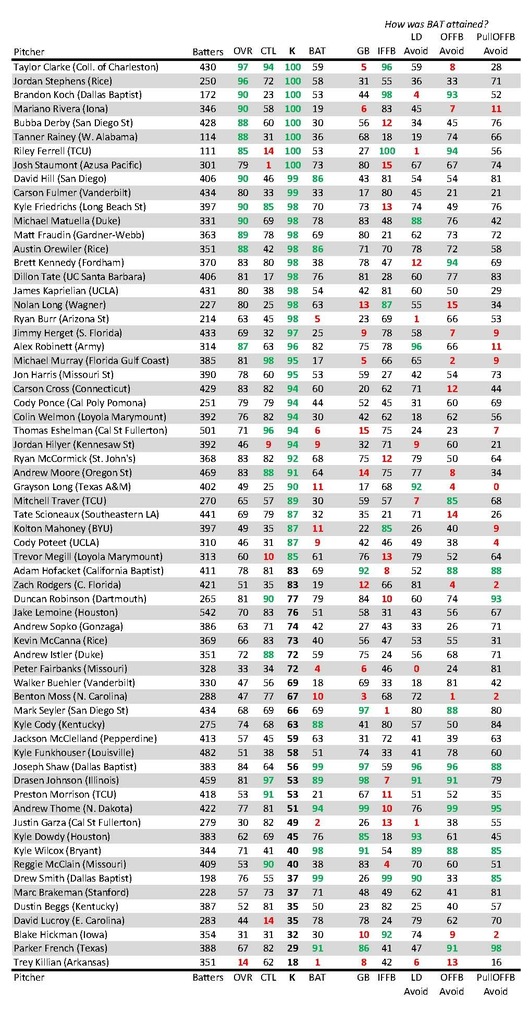 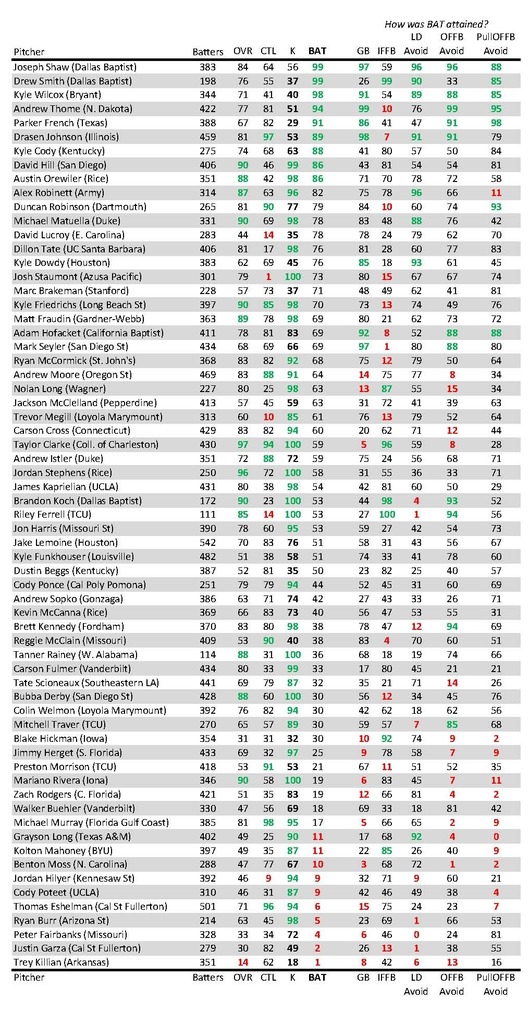 Factoring in this data to scouting reports and everything else you know about this draft class, who is the top NCAA pitcher on your Monday draft board?