3) Mark Appel, RHP, Grade A-: Borderline B+. Horrible in the California League (9.74 ERA, 40/11 K/BB but 74 hits in 44 innings), controversially promoted to Double-A and immediately turned his season around (3.69 ERA, 38/13 K/BB in 39 innings). Scouting reports improved along with the numbers. I’d make him a strong B or weak B+ right now but want to study him in more detail and he may wind up a mid-rank B+.

5) Lance McCullers, JR, RHP, Grade B+: 5.47 ERA with 115/56 K/BB in 97 innings at High-A Lancaster, 95 hits. Excellent strikeout rate, still has some control issues which this environment will punish.

9) Jonathan Singleton, 1B, Grade B: I am not the biggest Singleton fan in the world because I don’t think his production has quite matched his hype and that’s a real problem for a first base prospect. He looked hopeless in Triple-A but may have been distracted by off-field issues. His potential is obvious though and at age 22 he still has lots of time to work out his problems on and off the field. Results: .178/.292/.356, wRC+ 86 in 308 major league PA, 12 homers. Off-field issues look resolved. I think he will come around and be a solid player but it may take another 300 at-bats to work through. 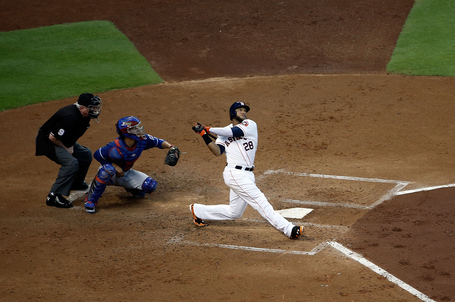 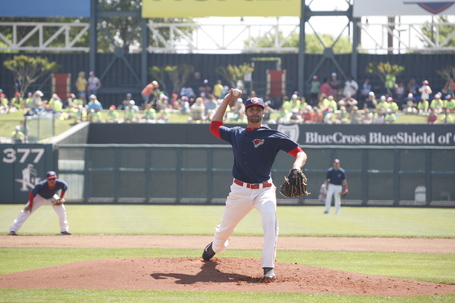 It is very trendy to bash the Astros right now. I have theories about why that is true, but the patterns of meme distribution within the media, and between said media and "baseball insiders," is an epistemological pathology we can discuss another day.

There have obviously been some public relations missteps this year with the Brady Aiken and Bo Porter situations standing out in particular, but in my opinion the efforts to rebuild the farm system are making very good progress. Part of this is holdover from the Ed Wade administration (Springer, Singleton, Folty) but efforts of the current front office are percolating upward quickly, beginning with recent draftees like Correa, Tropeano, and McCullers, trade acquisitions such as Hader and Colin Moran, and aggressive investments in Latin America.

New names to add to the list would include second baseman Tony Kemp (a speedy on-base machine), outfielder Preston Tucker (24 homers and 35 doubles between Double-A and Triple-A) plus first baseman A.J. Reed and outfielder Derek Fisher from the 2014 draft. Mark Appel has looked a lot better since moving up to Double-A. If you want a deep sleeper, shortstop prospect Joan Mauricio is someone to watch in the coming years.

The Houston system looks like one of the top farm aggregations in the game today, certainly in the top five and plausibly ranking third behind the Cubs and Twins. Success is the best PR, and when these efforts bear fruit at the big league level, nobody is going to remember the controversies of 2014.

I know it is hard for fans to be patient. Extensive rebuilding efforts can take years, but to put an organization on a sound footing for consistent success is not an overnight process. The system has clearly improved over the last two campaigns.