The Pittsburgh Pirates farm system remains one of the best in the game.

This morning we move forward with our organization reviews with a look at the Pittsburgh Pirates. Remember, this is the PRE-SEASON list. This is not a new list. These are pre-season rankings and grades. This is a general review of 2014, not a detailed preview for 2015.

11) Barrett Barnes, OF, Grade B-: Age 23, played just 17 games at three levels due to injuries, continually bothered by hamstring and oblique problems.

The Pirates ranked fourth on the pre-season organization ranking list and are still one of the elite farm systems in the game.

Glasnow has developed into an exceptional prospect and Kingham is quite solid. If Taillon returns properly from Tommy John, so much the better. The 2014 draft brought in extremely promising Iowa prep right-hander Mitch Keller, who could follow in their footsteps. Adrian Sampson took a step forward, and Trey Supak is another ’14 draftee to watch closely. The Pirates have also shown the ability to mine the college ranks for sleeper pitching prospects like Cumpton. Right-hander Buddy Borden could fit in that category. 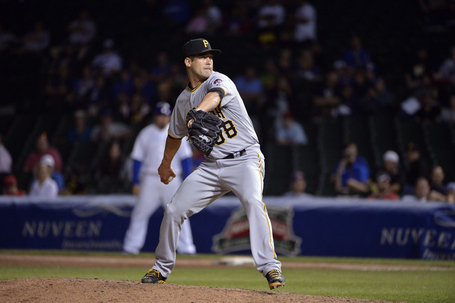 Injuries were an annoyance for many of the hitting prospects but the upside depth is obvious. Another bat, Jose Osuna, hit .296/.347/.458 in the difficult Florida State League. He was repeating the level and has defensive limitations but is still just 21. Shortstop Cole Tucker from the 2014 draft adds some middle infield depth. Outfielder Wily Garcia hit 18 homers in Double-A at age 22 but needs to tighten up the strike zone (24 walks, 145 strikeouts). Catcher Connor Joe from the ’14 draft adds more catching depth.

Overall, the system has a good balance between hitting and pitching, tools and skills.