Moving forward with our organization reviews, this afternoon we examine the San Francisco Giants system. Remember, this is the PRE-SEASON LIST. This is not a new list. These are pre-season rankings and grades. This is a general review of 2014, not a detailed preview for 2015.

1) Kyle Crick, RHP, Grade A-: Borderline B+. Age 21, posted 3.79 ERA with 111/61 K/BB in 90 innings for Double-A Richmond, 78 hits. Outstanding K/IP ratios and low hit rate continue to stand out, as does poor control. I still think he will put it together but not everyone agrees.

2) Edwin Escobar, LHP, Grade B+: Borderline B. Age 22, traded to Boston Red Sox, posted 4.94 ERA with 116/45 K/BB in 138 innings between Triple-A Fresno and Pawtucket, 161 hits. Stock down a little but still has intriguing strike-throwing ability.

8) Heath Hembree, RHP, Grade B-: Age 25, traded to Red Sox, 3.72 ERA with 55/18 K/BB in 46 innings for Fresno and Pawtucket, 24 saves. Nothing left to prove in the minors, should be a competent relief pitcher with a chance to close eventually.

11) Martin Agosta, RHP, Grade B-: Age 23, command collapsed at San Jose, 9.23 ERA with 25/34 K/BB in 39 innings, 51 hits. Spent much of the year on the disabled list with a vague injury to work on his mechanics, came back in August but remained ineffective. Status unclear.

17) Josh Osich, LHP, Grade C+: Age 26, 3.78 ERA with 27/20 K/BB in 33 innings for Richmond. Missed much of season with back and hamstring injuries and was having command troubles when healthy.

The main rookie contribution for the second place Giants this year came from infielder Joe Panik, with catching prospect Andrew Susac also looking good in limited playing time. There was little freshman room on a veteran-oriented pitching staff, though rookie relievers Erik Cordier, Hunter Strickland, Chris Heston, and Brett Bochy should all be in the mix for next season.

Pitching was the strength of the system pre-season, though there were quite a few injuries this year that tested this depth. There are more arms on the way who can slot in for those who fail, including impressive southpaw reliever Steve Okert, 22 year old southpaw Luis Ysla (2.45 ERA, 115/45 K/BB in 121 innings for Augusta) and 2014 first-round draft pick Tyler Beede out of Vanderbilt. 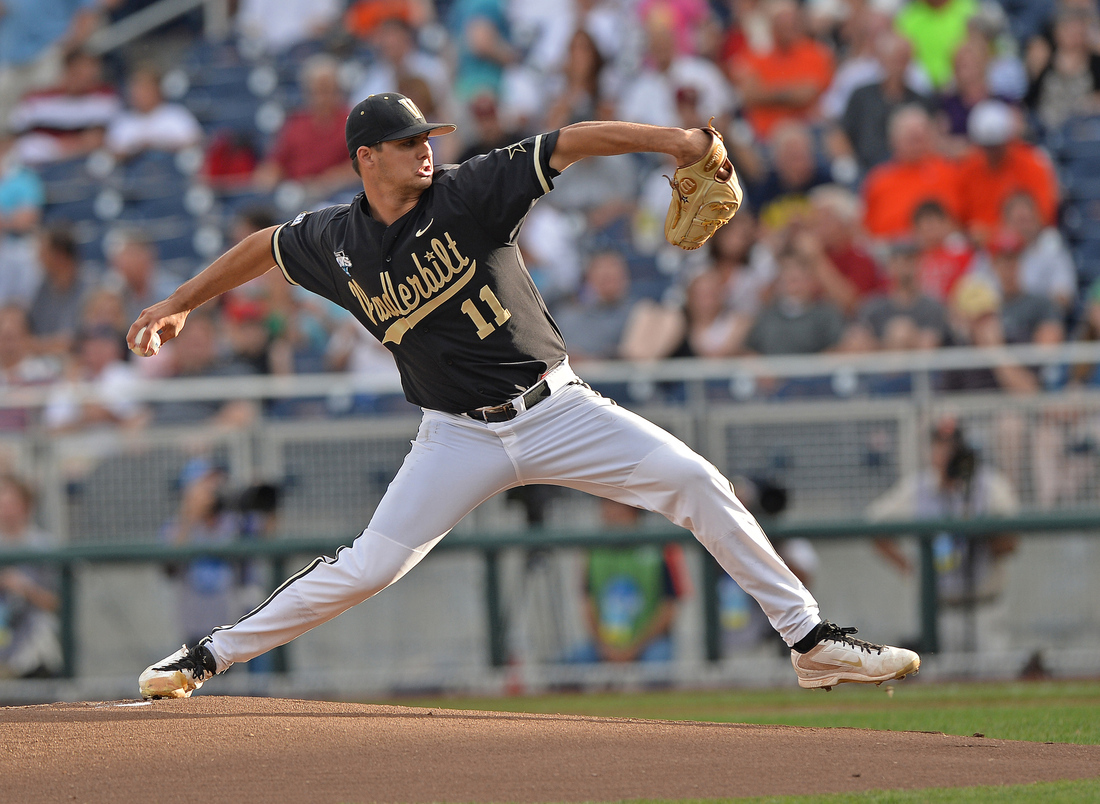 More depth in hitting would be helpful. I like Susac a lot and I don't think Panik is a complete fluke, but the system could use more firepower. Catcher Aramis Garcia from the 2014 draft struggled in his debut, while Ryder Jones and Christian Arroyo from the '13 class are obviously going to need more time. Matt Duffy and Gary Brown could have some use as role players but aren't going to hit enough to be regulars in my opinion.

The Giants ranked 18th pre-season on my farm organization lists and will likely still rate in the middle of the pack area right now.