This morning we move forward with the system reviews, examining the Detroit Tigers. Remember, this is the PRE-SEASON list. This is not a new list. These are pre-season rankings and grades. This is a general review of 2014, not a detailed preview for 2015.

14) Jeff Thompson, RHP, Grade C+: Age 22, made three starts for Low-A West Michigan then went on disabled list in early May and never came off. Status unclear at this time.

While the Tigers farm system is consistently rated below average or poor in terms of present talent, this is not a result of incompetence on the part of scouts or the player development personnel. The front office has used a "win now" strategy for years, flipping prospects for established veterans (this year is was Jake Thompson and Corey Knebel) while occasionally slotting in a home-grown talent for regular duty (this year it was Nick Castellanos). The draft and development side of the organization has shown the ability to produce a steady stream of players that interest other teams. While lack of recent first round picks has been a handicap, the system has been able to find some nice bargains both in the draft (Devon Travis) and in Latin America.

Looking ahead at 2015, the top position player in the system is either Travis or 2014 first-rounder Derek Hill, who impresses scouts with his tools despite his weak performance in short-season ball (.208/.296/.295). Leyba, Betancourt, and Hernan Perez provide middle infield depth. Outfielder Steven Moya, who was named to the ’14 Futures Game, has enormous power and hit 35 homers in Double-A, but also has serious holes in his swing (161 strikeouts, 23 walks in 515 at-bats). 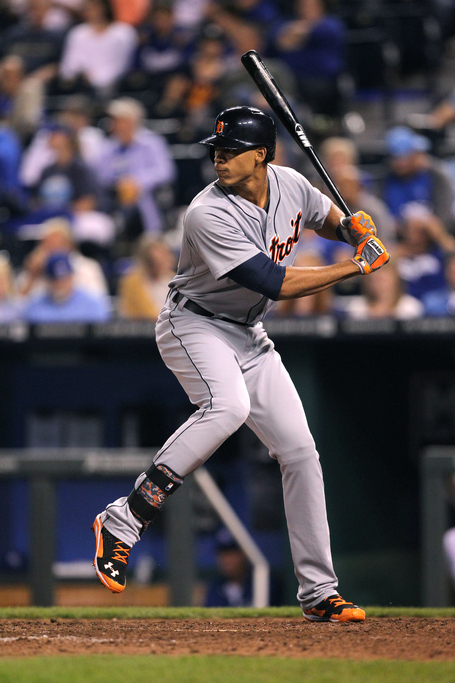 Pitching is a system strength. In addition to Jonathon Crawford and Buck Farmer, 2013 college pitchers Kevin Ziomek and Austin Kubitza had excellent seasons in Low-A and have the polish to advance very rapidly. Drew VerHagen can help soon if his back is OK, and additional relief arms of promise include Melvin Mercedes, Angel Nesbitt, and Jose Valdez.

The Tigers system ranked 28th pre-season. They would still be in the 20s somewhere entering 2015 although perhaps a few slots higher than 28.