Today we continue our organization reviews with a look at the Cincinnati Reds. Remember, this is the PRE-SEASON list. This is not a new list. These are pre-season rankings and grades. This is a review of 2014, not a detailed preview for 2015.

Although the major league team had problems and few rookies contributed much, not everything is bleak here. Billy Hamilton has had some ups and downs but I think his defense will keep him in the lineup long enough for him to adjust offensively.

Down on the farm, I think the strength is pitching. Robert Stephenson’s command issues prevented him from dominating Double-A, but there’s still no question about his stuff and I remain confident in him as long as he remains healthy. Ben Lively found it more difficult to trick Double-A hitters but he made steady adjustments and ended up maintaining a strong K/IP and H/IP clip.

High-ceiling lefty Amir Garrett thrived after turning his attention away from basketball, posting a 3.65 ERA with a 127/51 K/BB in 133 innings in Low-A. He will rank highly in the ’15 list. 2014 first-rounder Nick Howard will also rank highly, and Michael Lorenzen and Jon Moscot will be ready for major league trials next year. Dan Corcino rebounded enough from a difficult ’13 to earn a September cup of coffee. 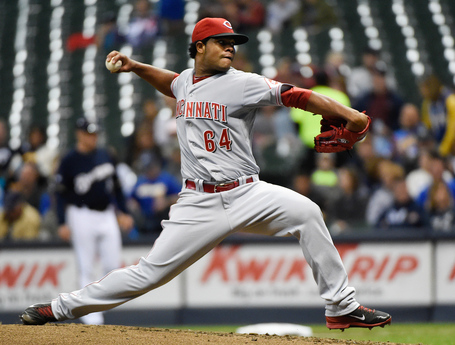 Hitting is thinner. I love Jesse Winker but he needs to show that the wrist injury will be OK. Ervin’s season was very disappointing, and it has proven difficult to turn high-ceiling low-polish players like Yorman Rodriguez and Neftali Soto into skilled major leaguers. First-rounder Alex Blandino out of Stanford debuted strongly and will rank highly on the ’15 list.

Pre-season, I ranked the Reds 14th among major league farm systems. I think they are still a middle-of-the-pack system.