In 2012, Major League Baseball implemented a policy of what was and wasn’t acceptable on social media platforms. The policy clarified that racism, sexism, and homophobic comments weren’t acceptable, just in case players were not already clear on that. The policy also told them what they could and should do.

The policy states that players are encouraged, among other suggestions, to "work with management or club officials to conduct unique promotions," and "interact with fans."

Promoting is something that major league players don’t necessarily need to do. They get product contracts and with so many fans, they can mention an event or interest and they’re reaching thousands. Not every guy in the minors has that kind of connection yet. On the other hand, they can sometimes forgetting that eyes are upon them. The policy might seem hokey in also including a reminder that what they’re putting online is not private, but there are players who don’t grasp that or, possibly, don’t care.

Many minor leaguers have fun with the platform, connecting with fans, sharing random thoughts on music and Chipotle, or posting Instagram photos . But for all those that make missteps on Twitter and Facebook, or keep it casual, others have taken a more focused approach, and in doing so, are building a brand.

In pitcher Michael Schlact’s case, he’s built a brand and delivered a very powerful message. Schlact, who played for the Wichita Wingnuts (of the independent American Association) in 2014, has embraced the position to reach 15,000 followers and been forthcoming about faith. While many players keep certain subjects off limits, Schlact has fully committed to what he feels is his calling. 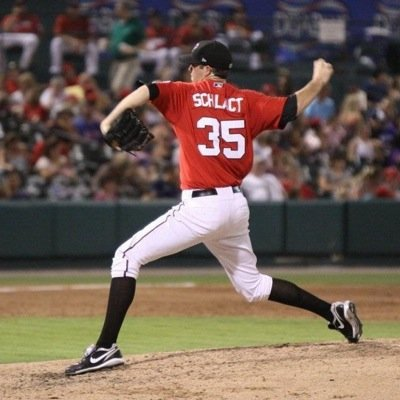 "It became clear to me that social media was a great way to share my message," he said via e-mail. "People began giving me feedback about the things I was posting. I realized that words on a page can make a huge difference in someone’s day."

Schlact’s unique in his approach, but while the message is a deeply spiritual one, he’s also kept his name out there, building an impressive following, and, in turn, letting teams see exactly the kind of guy they’ll if singed.

Schlact and many others in independent baseball, have the ability to be seen on a giant platform.

Tampa Bay Rays Maxx Tissenbaum, a catcher who spent 2014 with the Charlotte Stone Crabs, has embraced social media with his own blog, which focuses on his baseball career. While there are other player blogs out there, Tissenbaum’s ‘Red, White, and the 3-0 Green Light is a thorough, down to earth, creative exploration of the day-to-day of minor league life. 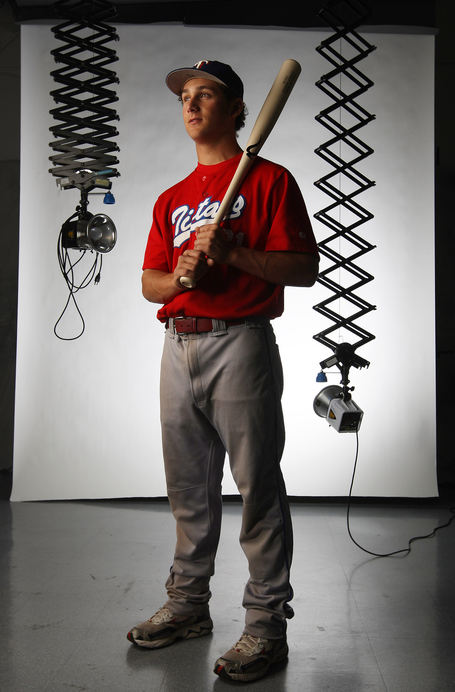 So much is kept under wraps with teams, despite the policy, wanting to players to keep a lid on many aspects of their lives. That mystique however is mostly gone and fans feel closer than ever before to players. That can be dangerous, but Tissenbaum’s blog, while revealing to an extent, is also entertaining and informative without seeming off-the-cuff. There are no examples of him entering TMI territory, of the kind that might alarm the big club.

"Starting the blog was a purely personal thing," he said Saturday. "I put my first post online about my first day with the Rays, and so many people sent messages and responded. I was surprised."

Fans often don’t understand the vast differences between the majors and minors. The more personal connection with fans can be a positive, reputation-building experience, but it was a face-to-face incident that led Tissenbaum to realize how powerful his voice is in informing fans.

"A guy at a game yelled at me when I wouldn’t throw him a signed ball. He called me an overpaid, selfish, jerk. And I thought. ‘Overpaid?’"

Tissenbaum’s leveling response was a post entitled ‘A Few Notes for "FANS" ‘. He didn’t fly off the handle or take a sarcastic tone (outside of the headline), instead he offered a clear, thoughtful description of what his life and job are like every day.

How important is minor league player’s social media habits to the minor leagues? To their teams? It’s interesting to observe the recent MiLB attendance statistics that were released earlier this week. Showing that this marks the 10th straight year minor league attendance surpassed 40 million. In the past ten years, there are certainly more blogs, bigger media attention, and increased fan interaction through social media. Also in ten years, young baseball fans have become increasingly attached to their phones, hungry for information about their biggest interests.

"I’m always incredibly mindful of what I share, because you never know who’s reading it. I realized recently how many kids follow me. The last thing I want to do is set a bad example, "said Schlact.

Tissenbaum echoes this, saying, "It’s all about managing the message."

Minor league players can promote the game in another way via social media. With the hit the game has taken with steroids allegations against some of the biggest players to ever play professional baseball, a new era has begun. Fans have expressed feelings of betrayal and fury toward those that have tested positive or even been accused. They don’t want anyone under that umbrella in the baseball Hall of Fame. With harsher penalties in place, and less tolerance, fans are looking for the young players that will usher in that new clean era of baseball, while feeling like they’re rooting for someone they sort of feel like they know. By playing the game clean, and connecting with fans, they promote the game just by being themselves.

In the minors, promotions are extremely important and a fan favorite. But when the players come off the field, then jump on their social media outlet of choice, they’re the game’s best promoters.