This afternoon we continue with our farm system reviews with a look at the Seattle Mariners. Remember, this is the PRE-SEASON list. This is not a new list. These are pre-season grades and rankings. This is a review of 2014, not a preview of 2015.

11) Luiz Gohara, LHP, Grade C+: Posted 8.20 ERA with 37/24 K/BB in 37 innings for Everett in the Northwest League, 46 hits. Stats terrible overall but he did have a handful of excellent outings and retains high upside, age 18.

The Mariners received several important contributions from the farm system this year. Although injuries kept James Paxton and Taijuan Walker from contributing as much as they could have, both are obviously enormously talented and Paxton, in particular, has been a huge asset when healthy.

Cuban signee Roenis Elias eased some of the injury disappointment by winning 10 games and helped anchor the rotation with 161 innings of solid work. Dominic Leone has been a valuable reliever and Carson Smith can follow in his footsteps next year.

There wasn’t as much help from the hitting prospects, although infielder Chris Taylor has played well and outfielder James Jones has swiped 25 bases in 26 attempts. I retain faith in sophomores Mike Zunino and Brad Miller despite some glitches this year. 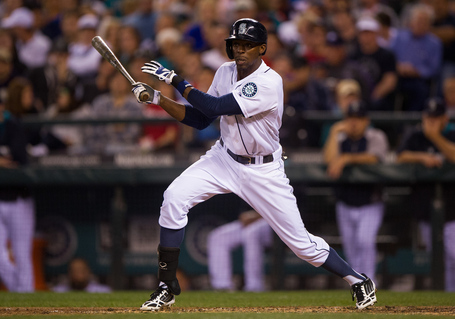 In the minors, there is considerable depth among position prospects, with Peterson, Guerrero, Wilson, Marte, Kivlehan, and O’Neill all showing the potential to be regulars. 2014 draftees Alex Jackson and Gareth Morgan add additional upside, though Morgan will need a lot of time. First baseman Jordy Lara hit 26 homers between Jackson and High Desert at age 23. Jabari Henry added 30 more for High Desert at age 23 but will need to repeat that against better pitching.

I ranked the Mariners at 17th on my pre-season farm system ranking list. There’s enough here for them to move up that ranking, but I need to analyze every system in detail before narrowing that down.