This morning we turn to the New York Yankees in our series of 2014 farm system reviews. Remember, this is the PRE-SEASON list. This is not a new list. These are pre-season rankings and grades. This is a review of 2014, not a preview of 2015.

5) Slade Heathcott, OF, Grade B-: Played just nine games due to knee injury.

Here's how the system looked pre-season.

13) Jose Ramirez, RHP, Grade C+: 5.40 ERA in 10 big league innings, 10/7 K/BB. Sent down to Scranton in July and went on the DL almost immediately. Good arm, can still be a good reliever if he stays healthy and improves his command. Age 24.

16) Rafael De Paula, RHP, Grade C+: Traded to San Diego Padres, posted 4.92 ERA with 145/55 K/BB in 132 innings between Tampa and Lake Elsinore in the California League, 135 hits. Age 23, no question about the arm strength but still working on consistency.

This is a farm system in a transitional phase, both in terms of talent turnover and imminent changes in the Yankees front office. While the farm system has been criticized frequently over the years, the fact is that several key members of the pitching staff are home-grown, including bullpen stalwart David Robertson, Adam Warren, David Phelps, rookie relief sensation Dellin Betances, and a pair of 15th round rookie sleepers who’ve proved useful in Shane Greene and Chase Whitley. The organization has shown the ability to find useable pitchers in later rounds of the draft and that’s a good skill to have. 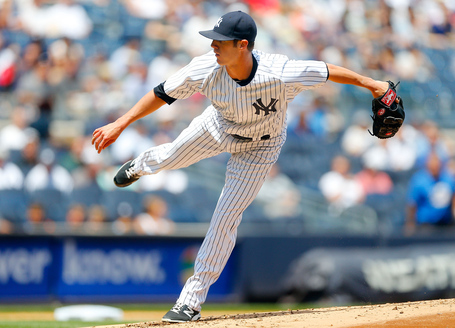 Pitching is also present on the farm, with Ian Clarkin and Luis Severino solidifying their standing among the better pitching prospects in all of baseball. Manny Banuelos and Bryan Mitchell could be ready for larger roles next year. Austin DeCarr and Jacob Lindgren from the 2014 draft add additional depth.

Lack of impact bats is an issue. The "future stars" outfield trio of Tyler Austin, Slade Heathcott, and Mason Williams that got so much hype a couple of years ago disintegrated due to injuries and general ineffectiveness in Double-A. They could still be role players, but the strongest hopes for regular bats now rest on Greg Bird, Eric Jagielo, and Aaron Judge. Jake Cave and Robert Refsnyder are also moving up the prospect lists quickly. There are no certain stars in that group, either, but this summer’s massive investment in Latin American talent may change that in a few years.

The Yankees ranked 21st among the 30 farm systems for me pre-season. That could improve quickly over the next few campaigns if the ’14 international class lives up to expectations.