We move forward with our farm system reviews, looking at the Los Angeles Dodgers. Remember, this is the PRE-SEASON list. This is not a new list. These are the pre-season rankings and grades. This is a review of 2014, not a preview of 2015.

This is a first place team with a strong farm system, which should be the envy of any fan base or front office.

The Pederson, Seager, and Urias trio at the top is quite special, but there’s also depth behind them, particularly in potential relief arms. Dominguez, both Garcias, Carlos Frias, and hard-throwing ex-third baseman Pedro Baez are all capable of contributing quality bullpen innings in 2015. 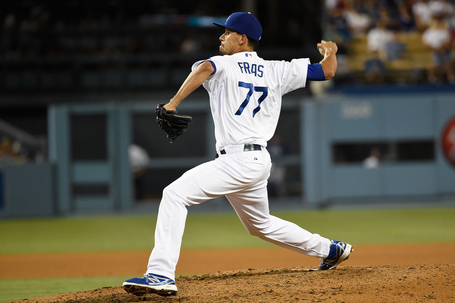 Zach Lee and Chris Reed could be in line for some starts, and all hope is not lost for Magill. The 2014 draft brought in right-hander Grand Holmes, their top pitching prospect behind Urias at this stage, a potential rotation anchor. Greg Harris and Zachary Bird are additional arms to watch closely.

Strong seasons from Sweeney and Schebler in Double-A help ease concerns that they were mere creations of the Cal League in ’13. The ’14 draft adds another promising bat in Alex Verdugo.

I ranked the Dodgers system 11th on my pre-season organization list. I won’t know exactly how far until I study every system, but they’ve certainly risen up the rankings with this combination of upside and depth.