Do you wear the jersey of an obscure former player? If so, what's the story behind the jersey?

I glanced down from the press box at a minor league game in Omaha last week and saw a man wearing a No. 35 Justin Huber jersey. 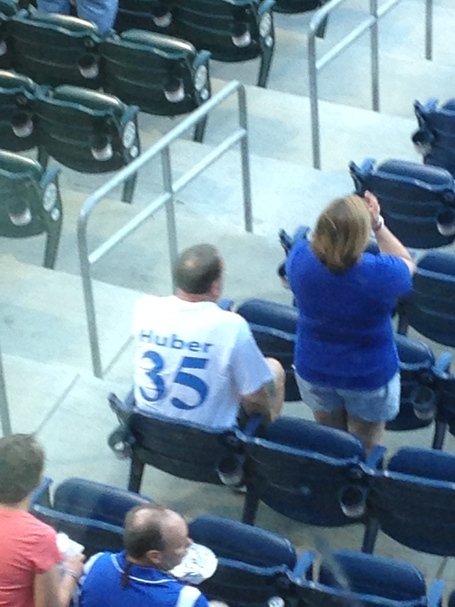 He played 854 minor-league games, while also logging a little time at the major-league level with the Royals, Padres and Twins from 2005-09. He went on to play in Japan and last I heard, the 32-year-old was playing in an independent league in 2011 (he would have been 29 then).

While he was in the Royals organization, he gained a bit of a cult following among KC fans - some of whom thought the Royals misused him and never really gave him a chance.

Oh how I wish I had talked to the fan who was wearing Huber's shirt to find out where he came down on the debate. I would have loved to hear his story. Every old t-shirt/jersey has one.

Was the Huber fan trying to make a statement about Royals first baseman Eric Hosmer? Was he trying to say the Royals never gave Huber a shot? Or was he just a diehard fan of the Aussie who didn't care one way or the other?

Since I'll never know the answer, let's broaden the picture a little.

Do you wear the jersey of an obscure former player? If so, what's the story behind the jersey?