At the August 31st deadline, the Boston Red Sox traded infielders Kelly Johnson and Michael Almanzar to the Baltimore Orioles Sunday, receiving infielders Jemile Weeks and Ivan DeJesus Jr, in exchange. The rookies here are Almanzar and DeJesus, so here's a look.

Almanzar is a 6-3, 190 pound right-handed hitter and thrower, born December 2, 1990. Scouts have recognized Almanzar's physical potential for years, but his production has never matched his perceived level of natural talent. He has a strong throwing arm but remains an erratic defender at third base. He's physically strong and can pull the ball for power, but his swing is long and he has trouble reading breaking pitches. Although over-matched early in his career, his approach has improved enough for him to hit Double-A pitching. He still has a long way to go before being able to handle major league competition.Obviously the Orioles like him, having gone out of their way to acquire him twice now.

Ivan DeJesus, Jr, INF: DeJesus was originally drafted by the Los Angeles Dodgers in the second round in 2005, from high school in Puerto Rico. The son of former major league infielder Ivan DeJesus, he was considered a strong prospect for several years but was unable to push his way into a big league job, eventually moving into Triple-A journeyman status. He was hitting .282/.358/.389 in 113 games for Triple-A Norfolk this year and is a career .301/.368/.417 hitter in 514 career games at the Triple-A level. He hit .205/.253/.247 in 73 at-bats for the Dodgers and Red Sox, spread over the 2011 and 2012 seasons.

De Jesus is listed at 5-11, 200 pounds, born May 1, 1987. The Red Sox obviously have some liking for him, having given him a quick look in '12 and now acquiring him again. He is a line drive hitter who has handled Triple-A pitching well, but wasn't able to carry that forward during his brief major league trials. He profiles as a utility infielder, doing his best work at second base but able to play shortstop adequately if necessary. 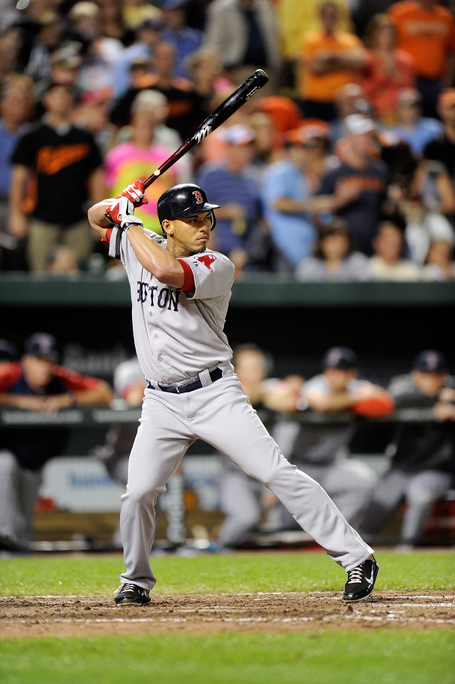