Jason Adam, RHP: Jason Adam was drafted by the Royals in the fifth round in 2010, out of high school in Overland Park, Kansas, making him a local product from a KC-area suburb. He had a University of Missouri commitment and it took an over-slot $800,000 bonus to convince him to pass up college. Adam debuted in 2011 with a 4.23 ERA in 104 innings for Kane County in the Low-A Midwest League, with a 76/25 K/BB ratio. He moved up to Wilmington in the High-A Carolina League and improved with a 3.53 ERA, 123/36 K/BB in 158 innings, however the going was more difficult last year in Double-A, with a 5.19 ERA, 126/54 K/BB in 144 innings for Northwest Arkansas.

He returned to NW Arkansas this year and continued to post mediocre numbers as a starter, with a 5.03 ERA in 98 innings and an 89/30 K/BB with 107 hits allowed. However, he was recently promoted to Triple-A Omaha and moved to the bullpen with good results, with a 2.35 ERA and an 11/4 K/BB in 15 innings.

Adam is a 6-4, 225 pound right-hander, born August 4, 1991. As a starter he showed a 90-95 MPH fastball, averaging around 92 although he's touched as high as 97 when things are going well. He has a solid slider, but his curveball and change-up are generally no better than mediocre. This was a problem as a starter in Double-A, though in the relief role at Omaha his two key pitches played up. He usually throws strikes; the problem has been finding something to off-set the fastball and slider.

It appears that the Twins will move him back to the starting role according to GM Terry Ryan. If he can refine the change-up or curve, he could be a nice inning-eating workhorse starter. If not he could return to the bullpen.

ANALYSIS: While Adam is not an outstanding prospect, he's not a cypher: he could develop into a fourth starter or solid middle/long reliever. That's a decent return for a 35-year-old veteran like Willingham. It is a win-now move for the Royals but a defensible one given their position in the standings, and while Adam has value he was no longer considered among the organization's very top prospects.

In other words, this works for both teams. 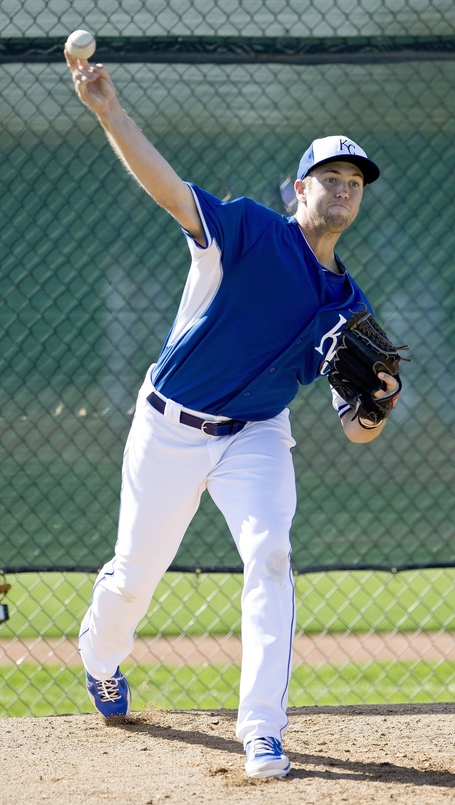