The Cleveland Indians traded infielder Asdrubal Cabrera to the Washington Nationals today for infield prospect Zach Walters and cash considerations. Here's a report on the newest member of the Cleveland organization.

Walters is a 6-2, 210 pound switch-hitter born September 5, 1989. He has a very interesting mix of skills. He has decent range, a strong throwing arm, and can play shortstop, second base, third base, or the corner outfield spots. His best position is second but he won't hurt you at the other spots. Not a stolen base threat, his best offensive tool is power and he has a lot of it. He also tends to swing-and-miss on off-speed pitches. His aggressive hitting approach compromises his OBP ability, though he has improved that to some extent this year and is destroying the International League.

Although he has weaknesses and is generally projected as a utility type, Walters has a considerably more power than most reserve infielders. He could have a long career in that role if he can show adequate command of the strike zone.

ANALYSIS: This is another trade that works for both teams. The first-place Nationals are more likely to find veteran Cabrera useful this year than they would rookie Walters, while the Indians pick up an intriguing young infielder with uncommon power and defensive versatility. 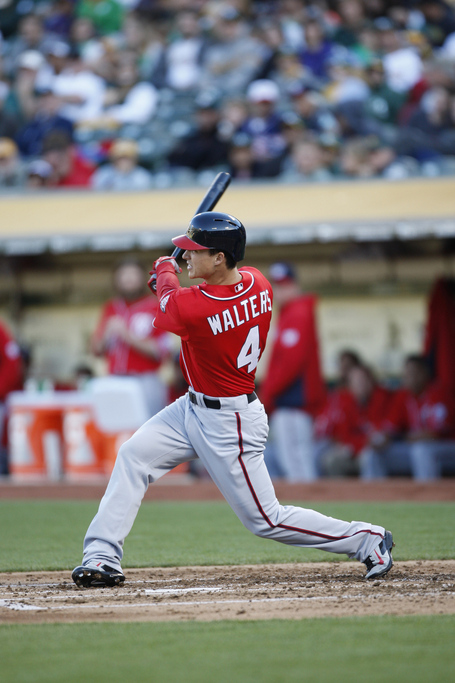