Performances, injuries and handfuls of demotions.

Hello everyone and welcome back to the Gameday thread. There was a little more than a half-slate of action yesterday, but there were still plenty of excellent performances, in and outside the Top 100.

Javier Baez did a little bit of everything in his second start at second base, hitting his fourth home run, a triple, he stole his first base, struck out once and made an error. Nick Castellanos picked up yet another double, giving him seven so far. Marlins center fielder Jake Marisnick notched three singles and two runs scored, while Michael Choice of the Rangers went 2-5 with a walk, run, RBI and punch out.

The only pitcher in the Top 100 to make an appearance was Blue Jays right hander Marcus Stroman. He had a hell of a time, only retiring one of eight batters before being pulled. He gave up six hits, a walk, seven runs, a home run to Don Kelly, and got his only out via the K.

Three prospects left the yard yesterday, including potential Cubs starting third baseman Mike Olt. He's been on a power binge lately, knocking his fourth home run of the spring Tuesday to go along with a sac fly, walk and strike out with three runs batted in. Rangers hitting phenom Ronald Guzman also went deep, sending a line drive over the right center fence for his second of the spring with three runs batted in as well. The other prospect that went yikkety was Tigers left fielder Tyler Collins. He notched his third bomb to pair with a single, hit by pitch, strike out and two runs knocked in.

Though he is no longer a prospect, Michael Pineda turned in 4.1 innings of excellent work, striking out five with no walk or runs and just four hits allowed. New Rays reliever Brad Boxberger took care of a pair of innings, with one hit, one walk and two punch outs. Rangers right hander Keone Kela struck out two in a perfect frame, and Padres right hander Kevin Quackenbush retired the only two batters he faced.

A bomb shot, triple and stolen base is enough to earn PotD, especially with limited action in the baseball world yesterday. Congrats to Cubs infielder Javier Baez. 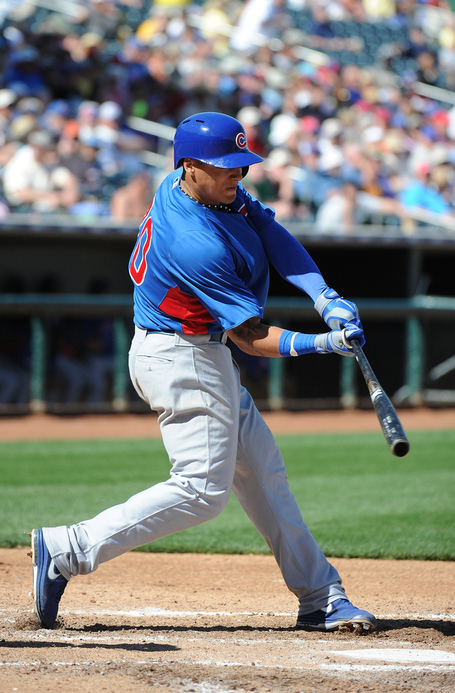