I'm watching him hit, and the thought flashed in my mind:

He looks like he can hit with his eyes closed.

Being a complete geek, that made me think of this.

So I thought about that a little while. Kind of amusing. "Jedi Knight Yasiel Puig."

No. That doesn't fit. Yasiel Puig isn't a Jedi name. Besides, he wears his emotions on his sleeve a bit too often to be a true Jedi.

Wait a minute. Isn't there just something a little strange, a little...unnatural...about Puig's ability to destroy major league pitching at will?

Wow. Could it be? Is Yasiel Puig a Sith Lord?

No way. Can't be. Who would believe that?

But then I noticed THIS: 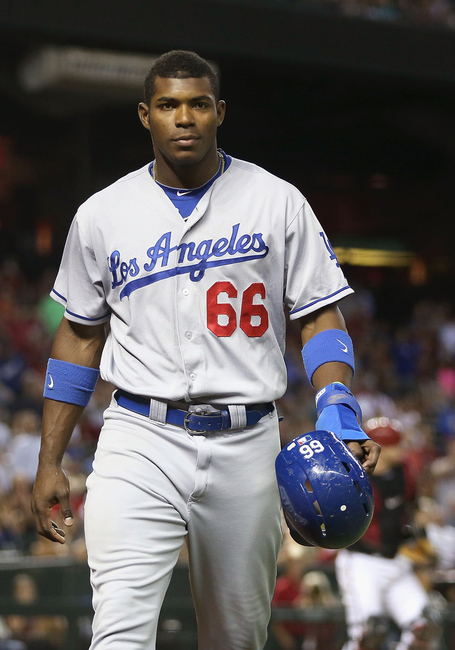 It seems conclusive to me. The unreal, unworldly, unnatural talent. The intimidating glare. The uniform number.

Yasiel Puig is a Sith Lord.

Darth Puig. Answers a lot of questions, doesn't it?