Baseball Academies in the Dominican Republic: From Sweatshops To Big Business

After decades of deplorable working conditions, Major League baseball teams are finally upgrading their Dominican Academies. The Cubs, Rockies and Mariners are the latest teams to invest in state-of-the-art facilities.

Share All sharing options for: Baseball Academies in the Dominican Republic: From Sweatshops To Big Business

Baseball is expanding in the Dominican Republic as Major League teams are opening brand new academies and creating opportunities for talented young players across the island.

The D.R. is the biggest supplier of baseball players outside the United States. Nearly 30% of Opening Day rosters this year carried players born outside the U.S. and the majority of them were from the Dominican. While all 30 teams maintain training facilities in the D.R. only a handful have invested in building their own academy in this island nation.

Academies in the D.R. serve as an Ellis Island for players from other Latin countries, funneling them into a single program and filtering players to determine if they're good enough to be promoted to short-season teams in the United States. As an example, last season the Rockies academy housed - among other countries- players from Venezuela, Puerto Rico, St. Maartens and Panama.

Minor league baseball is a tough existence with bus rides that last for days and a run-down hotel room to relax in, but life in an academy isn't even that glamorous. MLB did an investigation on academies in 2000 and the results were alarming. Time Magazine referred to the programs as "resembling prisons." One investigator described the terrible condition of the academies:

"Most of them were horrible," says Charles Farrell, an investigator hired by MLB to study the facilities. "We found bugs in the rooms, cheese sandwiches for dinner."

The Chicago Cubs in particular have been scrutinized for events that occurred in their Dominican Academy.

In 1997, author Arturo J. Marcano labeled the Cubs facility as worthy of being a "sweatshop." Author of the book Stealing Lives, Arturo revealed the story of 19 boys who shared a single bathroom with no running water and an inebriated coach who threatened his players with a gun. One of the stories in the book involved an injured player who was nearly crippled when a street doctor damaged his arm by stomping on it to reset it.

Fast forward thirteen years and circumstances showed little improvement as an article in Time Magazine described the living conditions of the 2010 Cubs academy. There were beds stacked four bunks to a room with as much as 10 players living in a room that was built to house only two or three. There was even an instance of two boys sharing a mattress on the floor. Sandy Alderson was the MLB's Supervisor over the D.R. at the time and upon seeing a photo of the room called the scene "unacceptable." 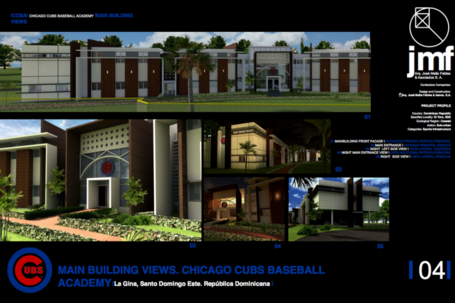 The Cubs are aware of the stigma surrounding their program and are making strides to overcome this blemish. When announcing the construction plans for the new academy in 2012, Cubs chairman Tom Ricketts touched on the oversight they were providing for current conditions at their academy:

"We have been to the Dominican Republic three times," Ricketts said. "On the first trip, we wanted to see how we treated the players and what kind of facilities they had to make sure it was consistent with how we want to treat people in our organization."

He later talked about rebuilding the Cubs reputation and the components it would take to be a successful ballclub.

"Having great facilities, having good personnel, having a good reputation.'' said Ricketts.

The Chicago Cubs are working on the facility and personnel components of Ricketts statement, with the hope that a good reputation will follow as a result of the first two investments.

The Cubs new academy sits on 50 acres of land outside the Dominican capital city of Santo Domingo. At a cost of $6-8 million, it features four fields, three of grass and one artificial turf, four batting cages, eight bullpens, a weight room and two locker rooms.

The academy was designed mostly by Louie Eljaua, the Cubs special assistant to the general manager. Before coming to the Cubs, Eljaua was in charge of the construction of the Red Sox academy which opened in 2003 and the Pirates academy in 2008. They hired the right man for the job, because the Pirates academy is considered a jewel in the D.R. as Time Magazine called it the "Ritz of the Dominican."

More and more teams are looking for a competitive edge in Latin America as they race to open state-of-the-art academies. Other teams who have completed new academies in the past five years include: the Padres, Astros, Pirates and Mets. 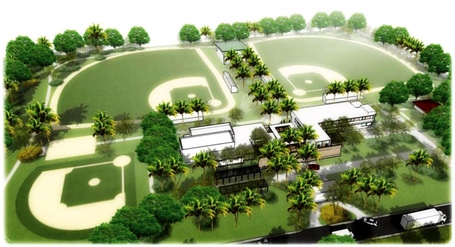 The Colorado Rockies are also opening a multi-million dollar baseball academy this spring, replacing their old facility that was opened in 1997. The Rockies academy is similar to the Cubs as it is also built to house around 80 players and includes: a clubhouse with dormitory style living for players, a living quarters for on-site staff, training room, weight rooms, cafeteria, entertainment room, computer room and a classroom. The old facility had room for only about 45 players and was set in more of a military barracks fashion.

"We took pretty much everything in our old academy and made it better." said Rockies Sr. Director of Player Development Jeff Bridich.

For more info on the Rockies academy, please see my article on Purple Row. 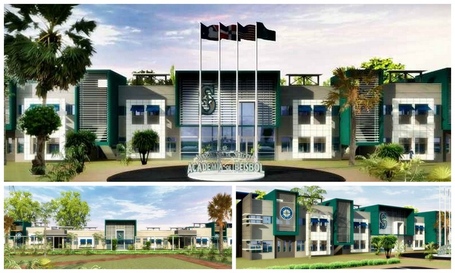 The Mariners have thrown their own hat in the Dominican ring and recently began construction on a new facility scheduled to open in the spring of 2014. Seattle currently shares an outdated academy with the Dodgers which opened back in 1987.

The Mariners new academy has plans to provide all those things for players with two full-sized fields, with room to build a third if needed, as well as lighted batting cages, bullpen facilities with six mounds and a practice field. Adjacent to the fields will be the dormitory, dining hall, classrooms and computer labs. The living quarters has room for 80 players and eight staff members with the following amenities: a theatre and a video room.

When it comes to the treatment of players in the Dominican, Major League baseball has come a long way in less than 15 years. Some teams are still learning that the players should be treated like an asset. Most teams however, see the amount of money being invested - $47 million in the 2010-11 signing period - and realize they can do better. These shiny new academies are better, better for baseball and for the people of the Dominican Republic.